The Craft of Discipleship 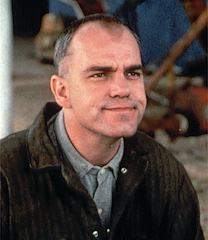 I often suffer from bouts of insomnia. Rather than fight it, I usually get up out of bed and do something. I used to read… but since I like to read, that often kept me up the rest of the night. So instead, I watch movies. Sometimes I get sleepy. Sometimes I don’t.

Watching movies, I marvel at how well actors do their job and to what lengths they will go to perfect their craft. Among the best acting jobs ever was Billy Bob Thornton in Sling Blade. Thornton portrays a man named Karl Childers, a simple-minded man who is released from a psychiatric hospital where he has lived since committing murder at age 12. He befriends a young boy and his mother and must confront the mother's violent boyfriend, as well as his own dark past.

Thornton’s acting was brilliant: Karl comes off just as complex as any other human being, with struggles and history. His strange mannerisms and gait are so good that you really have to remind yourself that it’s Thornton. I later learned how Thornton made himself to consistently look so awkward while walking during the shooting of the film: he placed crushed glass in his shoes.

Some might think that extreme… but there are thousands of tales similar to that in the history of movie and television: Leonard Nimoy’s molded pointed ears (Mr. Spock) caused him a lot of physical pain. Buddy Ebsen was originally cast as the Tin Woodsmen in The Wizard of Oz but he was highly allergic to the toxic aluminum power makeup, had a severe reaction, and was replaced. Chevy Chase was known for his imitations of President Gerald Ford falling, and now suffers from a lot of back pain as a result.

Difficulties in Matters of Conscience 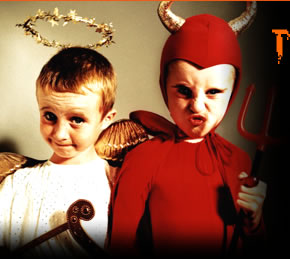 I have spent some time this afternoon thinking about what we mean by “conscience.” Not in a metaphysical, psychological, philosophical way (that would actually be consciousness, I think) but in a theological way. I mean, if theology is the study of God, we’re all theologians, right?

The word conscience appeared twice in the United Methodist Reporter last week. The first time was in an article about the Judicial Council ruling regarding a pastor’s responsibility in determining membership readiness. One of our bishops, Bishop Janice Huie, said that her fear was that “the conscience of the pastor” could be put above the church as a whole. Of course, there are going to be people at odds with either stance.

A couple of pages over a byline reads, “Bishops Release Statement of Conscience of Iraq War,” (italics mine). In it, the bishops state their “complicity in what we believe to be the unjust and immoral invasion and occupation in Iraq.” Not all of the bishops signed it – our bishop didn’t. However, ninety-five did. I know two retired servicemen, both highly decorated officers, who are split on their opinion. One says that America needs to be in Iraq no matter what the costs. The other, a World War II veteran, says that it’s Vietnam all over again and we need to get out.

It’s clear that our bishops aren’t united on these issues; neither are the rest of us. But how do we allow for conscience in some things yet deny it in others – especially in matters of the faith? I’m firmly convinced that these things fall under the heading of “Life is Messy.”

I did disaster clean-up the other day in Marshall County, KY (the site of a recent tornado) and I got pine sap all over my Carhartt’s. My small efforts were barely perceptible – helping to clean up one lot among hundreds. I suspect the work of the Kingdom is like that: messy, tedious… nothing fast or easy about it. But I know God is there, and He expects us to struggle with it, as He struggles with us. Thanks be to God.