Three things to make clear at the beginning:


One word that needs to go along with all of the above: Intractable.

We often say that "two out of three ain't bad." That holds true for many things, but when it comes to living as a community, passion and position without some concept of what is possible today, leads to intractability. While some folks call that "unacceptable compromise," "selling out," or "justice denied," I would argue that it is part of evolution: we cannot be what we can and should become if we do not make a means for us to get there. We are not a homogeneous society. 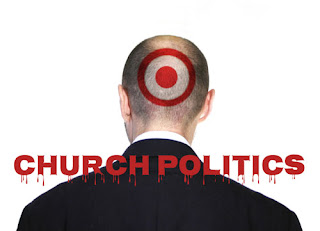 I once thought that church politics was above government/state politics; that was horribly naive on my part. In some ways, it is much worse - when someone doesn't get their way in government/state politics they protest with campaign signs, stickers, t-shirts, and Facebook posts... but very few people threaten to leave their country over it. In the Church, however, not only will be threaten to leave - we will and do, or even start our own church.

I've always been a fan of Martin Luther, who (may have) said at the Imperial Diet of Worms, "Here I stand - I can do no other." However, we sometimes forget what he (may also have) said as he left: "I am finished!" In the short run: he took a stand against the injustices of Catholicism of his time. In the long run: we've had schism upon schism upon schism. The numbers of Christian rites, communions, and denominations is impossible to tally, but it is safe to say that it is over a thousand, and that number is getting bigger instead of smaller.

Should we be willing to take a stand? Yes. But the extreme of "me" above "us" leads us to the priesthood of each believer, instead of the priesthood of all believers. It cannot have been Luther's intent for the church to devolve into such. (A great article about this, "Methodists, The Politics of Leverage and the Future of Protestantism," can be found here.)

My hunch is that, within my lifetime, we will see U.S. politics become a multi-party system. Already, we see inklings of what England went through at the end of the 19th century, as there were disputes within the two major parties. I see this in my own United Methodist Church as well: presently, there aren't two neatly-defined sides: we're more like "facets," and no facet has a totally monolithic constituency. As we head to a called 2019 General Conference, I presently see passion and position. I don't see much that is possible. I see a lot of intractability. 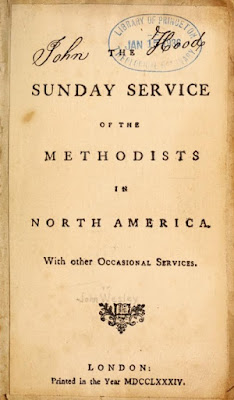 United Methodists have never been as monolithic as we'd like others to think we are: John Wesley and George Whitefield's correspondence confirmed that early in Methodism's history. In 1784 Wesley sent the first Methodists the Sunday Service for Methodists in North America, which was supposed to be the liturgy used in this new denomination. It fell into disuse quickly, and didn't help that brother Charles Wesley strongly disapproved of it, thinking John had taken great liberty to give this new movement a Reader's Digest condensed version of the Book of Common Prayer:


Why change it then for your Edition,
Deprav'd by many a bold omission?
We never will renounce our creed,
Because of Three but One you need,
No longer the Nicene approve,
The Athanasian Mound remove,
And out of your New book have thrown
God One in Three, & Three in One.

We are far from the only tradition that has an "orthodoxy" set up but still finds a wide interpretation and practices present:

The dichotomy of priesthood of each believer and the priesthood of all believers is what United Methodists are going to have to wrestle with. It is also going to mean that some embrace of the art of the possible has to be in the mix if we want to move from imperfection towards perfection. We will also have to remember that, as much as we seem to want to make contextualization and culture as irrelevant to the Gospel truth, the fact is all of us use both every day. As Sam Chen said in a recent issue of Christianity Today (June 2018): " 'Just stick to the Gospel,' we say. But if we under-adapt (culture & context), we are giving them legalism instead of the gospel. The opposite of syncretism isn't the pure gospel. The opposite of syncretism is legalism." And we will always find ourselves in the struggle of over adapting or under adapting context and culture in presenting the Gospel.
My hunch is that at General Conference 2019, we United Methodists will wrestle with, try to amend, perfect, and then vote down every "plan" of going forward as a denomination where human sexuality is concerned. We have so designed our polity and structure that we have now legislated ourselves into intractability and designed it to operate from a position of distrust.

In my opinion, our approach is all wrong. "We" versus "they" cannot create an us. Everyone is going to have to swallow some pride and move toward with what's possible, so we can reach perfection. None of us, regardless of the label we've chosen for ourselves, have "arrived." We see through a glass, darkly. 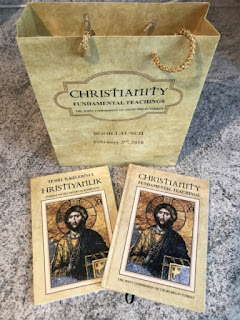 A few years ago, Orthodox and Evangelical Christians in Turkey realized that their greatest obstacle to the Gospel wasn't the secularized world or culture - it was their fighting with each other. So a little book was written: Christianity: Fundamental Teachings. Instead of stating the beliefs they DON'T have in common, they approached it from what they DO have in common. Who endorsed this book?
Sahak Mashalia, an Armenian Orthodox bishop who was a central writer of the book, said, “Our common wish is that this book may be like a stone thrown into a lake, and its waves reach out to the most remote parts of Christendom.”

That's a better use of stones, at least to me, for us. All of us. Along with passion and position, what is possible for us to better be the Body of Christ... instead of bodies?