Firewalled Into Ineffectiveness and Impotence 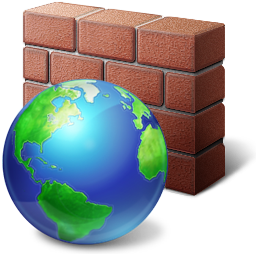 I have been "on holiday" (as the Irish say) for the past week, but as I've begun to transition back to reality here in O'Hare airport I've gotten several emails and text messages regarding more work by the United Methodist Church's Judicial Council. First, the ruling that the General Conference's work regarding the reforming of the guaranteed pastoral appointment is now null and void; and more recently, the involuntary resignation of Bishop Bledsoe, decided upon by the South Central Jurisdiction based on their evaluation of his ineffectiveness, is also now "null and void." Both are citing church law and a lack of proper due process.

I am not enough of a jurist to say one thing or another about church law, and I am sure that the Judicial Council is acting within their purview and the letter of the law in their rulings. So blaming the judicial council for our woes is probably misplaced. However, their role in these recent events is making one thing abundantly clear: as a denomination, we have firewalled ourselves into impotency regarding transformation. It will be hard to live out our United Methodist mission of "making disciples of Jesus Christ for the transformation of the world" when we cannot even transform ourselves. In short: we have painted ourselves into an ecclesial organizational corner!

Reinhold Niebuhr made the following observation about organizations: after a period of time, people become less passionate about their original mission and become more self-serving and self-protective. Self-preservation then kicks in and replaces the original purpose and mission.

Sound familiar? Methodism - a reform movement - needs reformed. We're right back where Wesley started. Father John wanted to do a 180°, but instead we have completed a 360°.

Of late and in particular, we have worked so hard to guarantee the protection of a free pulpit in United Methodism that we have made it virtually impossible to exit a pastor or a bishop. While there may have been good reasons in the past to have enacted this, can we defend it now, in light in diminishing resources and evaluative tools? It seems clear - and now with legal precedent - that once elders are ordained and received into full connection, they are virtually "firewalled" and untouchable, regardless of their effectiveness. While I don't know (or need to know) the specific reasons why Bishop Bledsoe was found ineffective, I seriously doubt it was a decision arrived at lightly and without cause. If a jurisdictional episcopacy committee cannot exit an ineffective bishop, I doubt that any other body will be able to exit a pastor. We have firewalled the system so it cannot be changed, and furthermore have now have established legal precedent for such in the eyes of our Judicial Council.

I fear this hastens certain disaster for the United Methodist Church unless change comes quickly. Continuing to have a judicial council rule against needed (and agreed upon) changes in structure will only frustrate everyone and waste precious time and resources that are now at a premium. Why is it so hard to admit that what we have is not working nor is adaptable for use in the 21st century? Are we so willing to preserve what we have at the cost of becoming a dead, lifeless sect? Before anyone says, "This is the way we've always done it," think again - a judicial council is a rather new innovation to Methodism, created by the ME South in 1934, because we wanted to be less "episcopal" and more "democratic" and remove questions of legality from our bishops (where did Jesus ever model democracy?!). If Father John Wesley or Bishop Asbury wanted to make a change, they just made it. We Americans aren't very good at absolute authority, but we presently have the opposite of it in the UMC - we have an episcopacy shackled to lead, but convenient to blame. It's a great system to play armchair quarterback in, but it doesn't make disciples. We're the Pharisees all over again - law is taking the place of faith.

There are some very hard decisions coming for the people called United Methodists, and they involve more than just pensions, health plans, and guaranteed appointments. Are clergy willing to sacrifice knowing that promises formerly made by some in the Church (many who are now dead) may not be able to be kept? Is the Gospel worth that? Are laity willing to step up and become partners in disciple-making, not employing their preacher to do it for them but rather being empowered by their baptism and faith? Will clergy and laity partner together to do ministry as a whole, rather than at variance with each other in role and deed? Will we be able to come together as a denomination, dissolve the present unworkable structure and adopt a new wineskin for a new wine? Or will we go the way of the Lutherans and Presbyterians and split into smaller factions? Will such smaller factions be able to sustain themselves? What would that mean for our brothers and sisters across the world (we are not just an American church)? I am certainly not trying to limit these questions to either/or - the problem is much more multi-faceted than that. But of this I am quite sure: the system will NOT self-correct!

A few years ago Lyle Schaller noted that we may need to do a denominational restart: dissolve the Constitution, the present Book of Discipline, and start from scratch. I think he's right. It will be painful. It will involve compromise and faithfulness. It will only be done in an atmosphere of prayer and trust. But I fear the alternative is to be a loose association of churches where only the strong in numbers and resources will survive. While that seems to be the antithesis of Methodism's method, it is a reality: at present, the UMC needs our larger churches and conferences more than they need the UMC. Unless we find a better way to govern ourselves, we will continue to get what the system is designed to produce - and it's not disciples.

A Lutheran friend of mine once told me: the main problem with you Methodists is that you've lost your Method. I fear he was right: we have a church that is faithful to a dying system rather than one that exists for the purpose of making disciples of Jesus Christ. Some say it's not about numbers - but to the one who has come to know Jesus and wants to make him known, those numbers mean a lot.

I know my blogs often sound like downers and criticisms. But I am convinced until we are brought face to face with the realities of our denomination, we can't lead with any sense of authority or urgency - and these are urgent times. We have to change - and change often means loss of power, loss of security, and loss of identity. However, those are all things that at our baptisms we said we would be willing to give up for the sake of Jesus Christ.