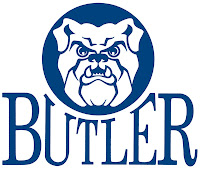 It is a very sad day. With Kentucky and Tennessee's losses this weekend, there is no SEC team in the Final Four. Worse, a Big East team and an ACC team are in it. It is almost more than I can bear.

Why Have the Church? Just Be a Democrat. Or a Republican.

The Lord be with you.

One of the liabilities of being so involved in government, as one of our General Boards so often is, is that we actually get “credit” for what we do (in this case, a resolution made at an earlier General Conference). I speak as a political cynic, having found both of our American political parties wanting.

I want to draw attention to a quote Stan Hauerwas gave several years ago:

"...[A] theological politics understands the church as an alternative polis or civitas, which is constituted by the new reality of the kingdom of God as seen in the life and destiny of Jesus. In contrast to political theology, which makes the political struggle for emancipation the horizon in which the church's theology and practice is interpreted, a theological politics makes the church's story the 'counter story' that interprets the world's politics.... [m]aking the church the primary locus of politics [which] not only changes the political horizon, but also requires a different understanding of the nature of politics."-- Stanley Hauerwas

In my opinion, anyone who thinks Democrats are the only ones who are interested in big government doesn’t read very much – Republicans are just as interested in gaining/regaining power and running things. Today’s politics are reduced to issues, and using power and coercion to enforce the convictions of the Left or the Right. And while I am certainly cynical about politics, I am not advocating we withdraw from the world – indeed, we Christians are supposed to be IN the world, just not OF it. The politics we advocate are the politics of Christ, which will set us apart from the world.

We have only ourselves to blame for the press attention we have gotten from Speaker Pelosi. At least for this week, the United Methodist Church is not known as a Church that makes disciples, but rather known for helping pass a Health Reform Care bill through the House that is split down party lines. I’d say the same thing about abortion: I would like to see abortion become a thing of the past – not because Republicans passed a bill to make abortion illegal, but because the Church influenced society so much that (a) no one would feel so shamed by an out-of-wedlock pregnancy to have an abortion, and (b) no mother would feel alone since the church would step up and minister to her and her child’s needs.

We have been used as a denomination this week by politicians, and it has given in to more of the American preoccupation of being on the correct side instead of being on the Lord’s side. As one of my blogging buddies Allen Bevere said today, to embrace the status quo politics of either party is to become ecclesial sectarians.

I think neither Jesus nor John Wesley would approve. Regardless of what the Book of Resolutions or the Council of Bishops tells us.