Why I'm Cynical About Politics

Today is MLK, Jr. Day. This quote (which is often misquoted) is the most poignant of his quotes: "In the end we will remember not the words of our enemies, but the silence of our friends." (from "The Trumpet of Conscience," Steeler Lecture, Nov. 1967).

My own experience with secular politics has not been good - and I find such continually at odds with the Christian faith. If politics is truly the art of the possible, I find our present state of politics getting an "F" where such is concerned. We are not living in a time of statesmen and stateswomen; we are living in a time of tribalism and intractability. Today's policy-makers are not concerned about the totality of the people they serve; they are concerned about winning over 50.1% of them and making lobbyists happy. It's an "us versus they" mentality. This is not acceptable.

Many are upset about our president's language regarding friends around the world. Whether he ever said it or not we'll never be sure. If he said it, it's reprehensible. Lord knows I can be as earthy with my language as anyone, but I don't use it in the pulpit and I certainly wouldn't label whole nations with such. And of course all presidents use profanity... but there are some places where some things simply shouldn't be said. The late Tony Randall probably says it as well as anyone in this game show clip:

I don't know that we'll ever know what our president said last Friday. But here is what I do know: our senators, representatives, and anyone else present in that room point to the most prevalent problem: they don't have our country's best interest in mind. Just themselves or their party.

If indeed our president said what he said, why didn't our "country's best" meet afterwards and say, hey, we've got a problem here, and we've got to work together to address it? And why do we have a couple of senators from each side of the aisle who agree that one thing happened, but two other senators who (at first) said, "I don't recall," but now say, "It didn't happen?" And a cabinet member this morning who, after being pushed by a Fox News reporter, finally said, "I understand the question, it was an impassioned conversation, I don't recall that particular phrase being used. That's all I can say about that."

Really?!? It only happened last Friday...

And if our president didn't say it, then shame on those fabricating that he did. Again... how will we ever know what was said? Who do we trust? Who can we trust?

To be sure, a lot of words are being said, but the silence of what's not being said is palpable. The complicity of silence from our friends who are supposed to have our best interests at heart is not being forgotten. 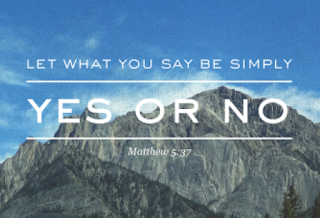 Leaders need to lead: not kibbutz, lie, waffle, say "I have no recollection of that," or play partisan politics. Until you do, the number of cynics will increase and our great country will continue to suffer.

In short, senators and representatives: some of us simply do not trust you - you being the collective YOU. You're going to have to work together to get some trust back.