If we lived in Burma, a white elephant would be a symbol of power and good fortune. However, we Westerners have very little use for white elephants. As one resource defined it: “[a white elephant] is something that is more trouble than it is worth, or has outlived its usefulness to the person who has it. While the item may be useful to others, its current owner would usually be glad to be rid of it.”

I officiate high school basketball. Last night, I officiated at a contest that was girl’s teams only – what is affectionately know as a “Title IX game.”

Title IX is, of course, the educational amendment that states that no one in the educational system shall be discriminated against because of gender. What is ironic is that while we hear the most about Title IX where athletics is concerned, the original legislation made no reference to athletics. However, because of Title IX, you have to have some nights where only girls play, or nights where boys play first and then the girls play.

The intent cannot be argued against – women should have the same opportunities as men where education is concerned. However, because of Title IX’s continual reinterpretation, those opportunities are having the opposite effect. At the contest I officiated at last night, I doubt that the gate receipts covered the costs of three officials' fees at the game. On nights when there are two contests, there are of course more people in attendance, thus more gate receipts. So, having separate girls’ contests just for the sake of girls’ games “being treated just like guys games” is having the opposite effect – it’s proving a hardship on athletic programs in general.

More outlandish is this story from Whitney Point, NY (taken from the N.Y. Times):

Whitney Point is one of 14 high schools in the Binghamton area that began sending cheerleaders to girls’ games in late November, after the mother of a female basketball player in Johnson City, N.Y., filed a discrimination complaint with the United States Department of Education. She said the lack of official sideline support made the girls seem like second-string, and violated Title IX’s promise of equal playing fields for both sexes.

But the ruling has left many people here and across the New York region booing, as dozens of schools have chosen to stop sending cheerleaders to away games, as part of an effort to squeeze all the home girls’ games into the cheerleading schedule.

Title IX had great intentions… but it’s turned into a white elephant. The Western kind.

For those of you who are United Methodist… does this all sound familiar? Does it sound a little bit like UM Church polity?

The Book of Discipline gets larger and larger. I was a reserve delegate at General Conference 2004, and sat as an observer in the General/Judicial Administration Legislative Committee. I watched caucuses try to move their agendas, and draft legislation that would promote their causes. The Book of Discipline got bigger. We’re trying not to offend anyone, in the name of inclusivity. But the problem is, we haven’t become inclusive; we’ve become generic. Inclusive, in the truest sense of the word, is having the mind of Christ and walking as he walked. But in my opinion, the UMC’s attempts to be inclusive have moved us toward being generic, rather than inclusive. Generic is nothing. Rather than increasing the Kingdom, we’ve ended up taking away from it.

Try this: next time your church nominates church officers, be sure to give them their job descriptions as they are listed in the Book of Discipline and see if you can get anyone to bite. Or, if you want first-hand testimony, call the chairs of nurture, outreach, and witness at my church and listen to their reaction when I first read their job descriptions to them.

We’ve become a denomination that has dumbed down to mediocrity, majoring in the minors, promoting our causes, confusing political standings with religious values. We don’t want to make anyone upset or unhappy. It makes perfect sense that the UMC is losing membership and leadership – no one can articulate to new or growing Christians what we are asking them to join, nor have we defined what discipleship is and means!

A white elephant. Something that has outlived its usefulness. I know John Wesley didn’t mean to start a new church, and I’m fairly sure he would find today’s United Methodist Church right back where he started when the Methodists began at Oxford within Anglicanism.

So we’re trying to reinvent the wheel. But I think it’s a square one. Maybe we need to go back to the basics and realize that less may be more. 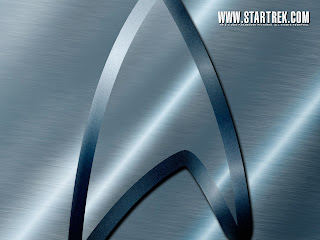 I think I was 8 or 9 years old. I was watching a UHF television station on a black and white television. I was fascinated; this television program reminded me so much of the excitement of watching Apollo moon landings. It was a rerun of Star Trek, and the episode was, "The Corbomite Manuever."

Am I a trekker (or trekkie)? Probably. I'll admit that I have loved all of the Star Trek series and movies, although I have never seen an episode of "Enterprise." I have over 100 Star Trek books and novels. For many years I attributed all of this to my love of science fiction, but upon further reflection I believe my love of Star Trek goes deeper than that.

I think watching Star Trek gives me hope. Hope doesn't come easily to cynics like me.

My parents grew up in the depression. I heard my father say more than once, "If you expect the worst, you'll never be disappointed, and perhaps pleasantly surprised." I suspect I inherited some of that attitude.

Star Trek flew in the face of that. It's a story set in the future, where we survived all of the world wars, conquered poverty, unified governments, and made peace. The acquisition of wealth was replaced by a drive for knowledge, truth, and bettering the human condition. Nearly every episode, book, novel, and movie dealt with moral and ethical dilemmas. Just the fact that the human race made it into the 22nd, 23rd, and 24th centuries gave me hope enough, and that things like racism and poverty had been conquered.

This time of the year, at least for UM pastors, is a time where hope is needed. Pastors and churches wonder who their next preacher is going to be, or where their next church is going to be, if they're going to get to keep the pastor they have or get ready for a new one. Will budgets be met? Will audits come out right? All of these and other matters of minutia often have us wondering if we believe that God is really in charge and are we really doing Kingdom work?

Perhaps I'm in too much of a hurry for things to be made "perfect." It could be that maybe it's not the destination that matters - maybe it's the journey.

May God always confront me with those things that counter my cynicism: a smile, the witness of a child, a blooming flower, a kind word, or a gentle hug. And even a cheesy 1960-ish episode of Star Trek.