Our Baptism is Our Ordination 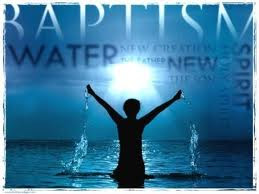 Last week, the Paducah and Paris Districts completed the second weekend of the Generative Leadership Academy. I was hoping we would get 50-60 people to participate this year; instead, 150 showed up, paid money out of their pockets to be there, and availed themselves to four weekends to have their faith deepened and become church leaders who will in turn “generate” more church leaders and disciples (as opposed to members) to work towards church vitality and discipleship! Quite frankly, the response has excited me and terrified me all at the same time. I’m excited that laity are hearing the call to discipleship and responding; I am terrified that the ball will get dropped and we clergy and lay leaders wont’t seize the opportunity.

I recently read an article about Pope Francis that reminds me of a harsh reality about the Church: we are often guilty of clericalism, defined by Greg Kandra as “focusing fundamentally on the things on the things of the clergy and, more specifically, the sanctuary, rather than bringing the Gospel to the world.” Not just clergy can be guilty of clericalism – laity can become clericalized very easily in the name of the Church, functioning in church offices, serving on boards and agencies, driving hundreds of miles to represent this and that committee, and believing that this is our chief way of serving God and the Church. Whenever laity and clergy alike forget that spreading the faith to our communities and world is our primary task and that all other tasks are the tools and means for doing so, we forget our mission: to be and make disciples of Jesus Christ for the transformation of the world. Nothing should be sacred but the mission!

In 1991 I entered ordered life, and it has been the greatest blessing of my life to live under a “rule.” Ten years later, I wanted to discern placing myself under “life vows”, and the mentor assigned to me was Hoyt Hickman (those of you who are United Methodist will know him as one of our denomination’s worship “gurus”). I had know Hoyt for several years, but having him as my mentor was one of the greatest gifts I’ve ever received. When we first met, and for the several months we met afterwards, Hoyt cared nothing about my ordination vows, my vocational aspirations, or my gifts as a clergyperson. What Hoyt wanted to know what how I lived out my baptismal vows. In his words, “that’s where it all starts.”

It was a valuable lesson. And as I continue to grow in faith and now have this unique view as a district superintendent, I realize that it is THE question we need to be able to answer, whether we be clergy or laity: how are we living out our baptismal vows? How are we discovering and cultivating the gifts given to us through the Holy Spirit at our baptism?

You see, our baptism is our ordination. Clergy – see your laity as fellow ordinands for the common ministry of the Kingdom. And laity – know that you have been called and claimed by God and given all the gifts you need to do ministry. And Church – don’t stay in the sanctuary; go out into the world and take Jesus Christ to a hurting world who needs to know the Good News. To quote Pope Francis: “When the Church does not come out of itself to evangelize it becomes self-referential and then gets sick.”

And let the people say, “Amen.”