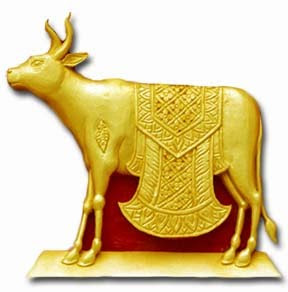 Thirty-Three retired bishops in the United Methodist Church are urging the denomination to remove its ban on homosexual clergy, just in time for the election of delegates to General Conference 2012. Reconciling Ministries Network has it as their top news story. I haven't gotten Mark Tooley's weekly letter from The Institute of Religion and Democracy yet but I am sure he is licking his chops and typing away.

It is all very sad to watch.

Homosexuality is being lined up - again - to be the most important issue that United Methodists talk about when they gather for their four-year meeting in 2012. What will happen? Probably the same thing that has happened for 30-some years now when United Methodists gather at General Conference and debate homosexuality: nothing.

It is sad to watch because homosexuality has become an idol in United Methodism - to EVERYONE on either side of the ideological and theological fence. As if it is the most important thing in the Kingdom to debate! As if "solving" the problem is the great answer we need in face of a denomination that is hemorrhaging in every way imaginable. If that were the case, the Southern Baptists and the Episcopal Church would be gaining members left and right (no pun intended) with their unequivocal statements on the matter.

Allan Bevere, who is known well in the Methodist Blogosphere, wrote a comment on fellow blogger John Meunier's blog that, to me, puts it all into perspective:

I’ve been listening to this debate for thirty years and no new ground has been broken and we will not reconcile this issue as a church. Either things will continue to stay the same and folks on the other side of the issue will leave, or at some point a change will be made and the other group will leave.

For me what it boils down to is that as a denomination we are obsessed with sex just like the world; and anything that two dogs can do without instructions cannot be all that significant.

I certainly can't add anything new to the argument pro- or anti-homosexuality as a compatible Christian practice. But I do know as a pastor who is about to become a district superintendent, homosexuality is far, far, far down the list of issues that are obstacles or even problems in our local churches. Local churches want to know: how can we equip ourselves better to make disciples? How can we be in mission in our community? What do we need to change in order to be effective at being the Church?

I am not about using the usual metrics to define success in ministry. But the reality is that the UMC is headed towards collapse in just about every way you can imagine; you don't have to be an actuarial expert to see that. It seems to me that addressing an issue that is at best secondary (and is in reality probably tertiary) where our mission as a Church is concerned is a complete waste of time. To debate homosexuality AGAIN - regardless of one's stance - where it will become the MAIN issue in the press and otherwise, while in the midst of being a denomination that is bleeding to death, is akin to getting a face-lift or tummy-tuck when you're in need of life-saving surgery.

I doubt that my chances of becoming a General or Jurisdictional Conference delegate are very good; our conference's size has diminished to the point where we only get the minimum number of delegates as mandated by the Book of Discipline. But if I were a delegate, I would try to get on the floor and ask for a moratorium on the word, and any derivative of the word, homosexual. Why? We simply don't have the luxury to debate it anymore. Not when so much more is at stake and at risk.