Is It About the Kingdom, or the Institution? 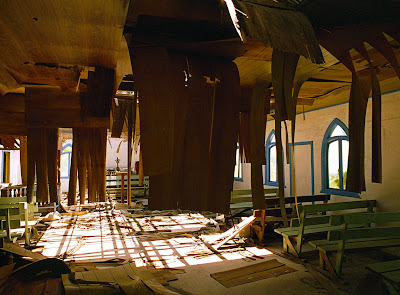 Bishop Will Willimon posted Ten Theses About The Future of Ministry on his blogsite this morning. They are a gutsy and rare prophetic voice from one of our bishops (Bishop Tim Whitaker also comes to mind as one of those voices). I'll comment on a few of these as a 45 year old pastor in between the generations that the Bishop speaks about.
Hard to argue with. The numbers and diminishing resources back this up.
Yes again. We pastors have failed to culture leadership and legacy among the "one generation" to leave the church better than they found it. We haven't passed the mantle - it's been held on to for far too long.
The gutsiest statement yet. Theological liberalism was a theology found wanting - and sometimes, seemed to delight in the shock value of turning Christian doctrines at the heart of Christianity into a cafeteria Christianity. The IRD and ilk like them would have us be in bed with the correct politics... which resembles spiritual prostitution in being "of" the world rather than "in" the world. I would say that progressive Christianity has done the same thing where American politics are concerned.
Another true and hard statement. Cut-and-paste ministry doesn't work. Leadership is blessed but hard work. It isn't all about preaching good sermons anymore (although it's not a bad start). How are we making disciples? What is our plan to do so? How do we BOTH (1) grow disciples in maturity, and (2) increase the flock?
The Great Commission was this: "Go, make disciples, baptizing and teaching them in my name." The Book of Discipline gets bigger and bigger (and more largely ignored and irrelevent), the number of Judicial Council decisions increases as does the docket, and yet the church membership continues to decline. As much of a baseball fan that I am, it simply isn't true that "if you build it, they will come." We must be willing to make disciples, and to do that, we must be willing to build relationships. We have done what the medical community has done - become specialists while forgetting our general health and wholeness.
One does not have to be an actuarial expert to know that the denomination will financially and administratively collapse within 12 years. God isn't dead, but it is possible that we are realizing Wesley's worst fear (and I know, we all know the quote... but are we listening?):

I am not afraid that the people called Methodists should ever cease to exist either in Europe or America. But I am afraid lest they should only exist as a dead sect, having the form of religion without the power. And this undoubtedly will be the case unless they hold fast both the doctrine, spirit, and discipline with which they first set out. - J. Wesley

As a Lutheran friend once told me, "Methodists have lost their method."
Seems like I remember being taught that Christians are to be counter-cultural. "Oddness" is probably a good word. Why would anyone in society who is cynical and distrustful of secular institutions want to be part of a Church that simply resembles another institution with a cross slapped up on the side of the building?
Again, numbers don't lie.

This OUGHT to be a ripe opportunity for the UMC: We are connected. We have a framework for the deployment of ministry and a catechetical process for making Christians and disciples. In theory, we have a framework and discipline to deploy pastors and match gifts to churches. But in practice, we are failing. Miserably. Our connection is serving little purpose and laity have finally woken up and asked, "Is our apportionment money being used to increase the Kingdom or support a dying structure? Are we getting our money's worth?"
The itinerancy and appointment process has become a pastoral tenure system that is self-serving to clergy but not really helping the Church much. As far as catechesis... a lot of folks don't even know what that word means. Or words like catechism. Discipleship. Or disciple. I mean, have you asked anyone lately to define what a disciple is? It took a group in my church several weeks to arrive at a definition - not because they aren't good or faithful people, but they simply inherited a faith tradition that didn't hand that understanding down to them! We failed to teach and equip - hence, the present problem.

Nothing is beyond redemption, and if we are indeed a faithful people, then we are a hope-filled people. I am one with such hope. After a lot of prayer (more listening, less talking), I am convinced that some very faithful, hopeful, and risk-taking folks are going to have to rise to the challenge and call to extreme leadership. We need bishops not elected out of entitlement or pedigree, but out of spiritual and prophetic depth. We need risk takers. We need superintendents who lead pastors spiritually and boldly, not folks who got there because of a salary sheet or gender, or because it was "their turn." We need folks who can with muster and gumption do some hard work: some churches need to close. Some pastors need to be encouraged to leave pastoral ministry because they are ineffective at it. We need folks to take thou authority. We have to quit playing slot machine with pastoral appointments. And in the case of bishops and superintendents, we need some folks who are willing to do these things with the knowledge they might not get a guaranteed paycheck... since our system is presently collapsing to the point where conferences and episcopal funds won't be financed in a few years. That will call for creativeness and a willingness to think beyond present institutional practices.

I know I paint a bleak scene - but it is hard not to be concerned given the present realities. Lyle Schaller wrote a few years ago that to avoid financial and institutional collapse, we should have taken action at the 2008 General Conference on many of these things. Perhaps he is right.

God can redeem anything - but just like grace, we must be willing to receive it instead of push it away. Is God giving us the signs that we need to change? I don't see how we could interpret them any other way.

Instead of a dead sect, I sure would like the UMC to take the lead. We certainly have all the ingredients.

Putting On Christ - And Wearing Him Always 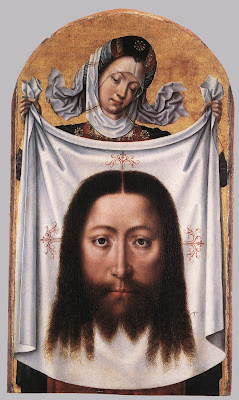 As Christians, we are always to wear the face of Christ wherever we go. It sounds good on Sunday mornings and whenever we gather as the Church. I know myself that it is very easy to be the example of Christ when I am wearing a clerical collar and suit.

But from Sunday at noon until the following Sunday at 8 AM - are we still wearing Christ? In this day and age, we are more and more transparent than ever. Our political stances and our Facebook comments are certainly public for all to see. While everyone is entitled to a political opinion and opinions in general, we have to very careful that our political stances and opinions don’t turn others off from the Gospel or our church.

When it comes to politics, I am at best a cynic. That doesn’t mean I can’t tolerate the opinions of others, though. At the end of the day, or at the end of any conversation, I think when there are disagreements among Christians, they have to end it with the words, “We will agree to disagree.” No moral judgments, no denigration. Just a difference of opinion.

Ronald Reagan once said, “Politics is the second oldest profession, but I have learned that it bears a striking resemblance to the first.” It is a humorous quote, but with an element of truth. If we sell out ourselves to political opinions first and the Gospel second, we have told the world where our treasure lies. And the world, especially those who are nominally Christian or new to the faith, is watching us like a child. Do we really want them to think we are a Republican or Democrat first, and a Christian second? That Kentucky basketball is more important than living the Christian faith? That we spend more time playing Farmville or Mafia Wars than we do reading scripture or articles about theology, discipleship, or mission (the Web is full of these things, by the way)? Or that we place more stock in Glenn Beck or Keith Olbermann than we do Jesus Christ?

Don’t get me wrong: politics are important. And no one loves basketball more than I do. I have a Facebook page too. But none of those things are ever important enough to take the place of who Christ is… or to turn others away from Him.