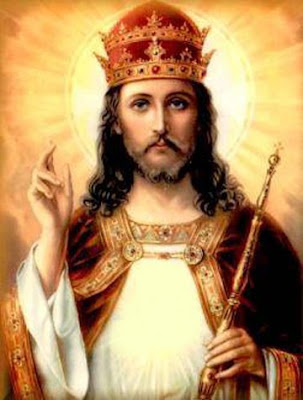 My fellow blogger and U.M. pastor Allen Bevere writes some great blogs. I want to highlight one he wrote at the end of 2009. Here is an excerpt:


Small town journalism is among the best reporting in the country, unlike the national media which continues to be a disgrace. Most journalists in the mainstream media think the square root of pi is coconut cream.

Local politicians are usually better behaved than national ones, probably because they are more accountable to their constituencies (there are, of course, exceptions to this).

Nowhere is the lack of serious and deep thinking more present than in Washington DC.

By the same token, what is so conservative about Republicans? They are big spenders and have become foreign policy activists. There is nothing conservative in that philosophy. And it also appears that they have run out of ideas with no one standing out to lead the party. So much of late that comes out of Republican mouths is embarrassing. When 2012 arrives, the Republican Party will not be ready.

There were those in 2009 talking about the coming evangelical collapse. I disagree. Evangelicalism will not collapse, but it is in the process of being reformed. That is a good thing.

Theological liberalism is in large part repetitive and uninteresting.

Theological fundamentalism is in large part repetitive and uninteresting.

Fundamentalism and liberalism are simply two sides of the same coin.


Ever since I read Allen's above post, it has provoked a myriad of thoughts. One is that I fear our country will embrace rugged individualism to the point where, "I can do whatever I want," and everyone else be damned. Before you think that's far fetched, consider American Christianity, where you can pretty much believe whatever you damned darned well please.

I really have to do some soul searching occasionally and remember where my allegiances are, and to know that being a good citizen does not negate being a good Christian... and vice versa. I was officiating at a basketball game a few weeks ago at a private high school, and we began with a prayer followed by the singing of the national anthem. Those are really not incompatible things - prayer is our communication with God, and the national anthem is our respect and love for the country in which we live. The test comes in what we do with what God communicates to us, and how we live out our love for our country.

If Christianity is experiencing loss of its spiritual depth in America, I fear that patriotism is equally experiencing loss. Our continued fervor for partisan politics above a politic/policy for the common good is killing America (at least, the America that was founded many years ago). And no - I am not talking about health care. I am talking about politic. Πολιτικά. The affairs of the state. To be honest, I'm tired of what is passing for politics today. My language is atrocious enough without saying what I think today's politics resembles, so I'll stick to a safer and more polite term: self-gratification. We're all about ourselves.

Ultimately, if we are a country that (at least claims to be) Christian, we believe this: God has the last word in all things. We ARE our brother's and sister's keeper. Jesus redeems all things, and that includes justice, peace, and eternal life. It doesn't mean we have to be pacifists, but it certainly means we should at least have the goal of beating swords into plowshares. It doesn't mean we have to adopt Marxist socialistic ways about health care (which don't work anyway), but it doesn't mean we can avoid dealing with those less fortunate than ourselves, either. It doesn't mean that it's wrong to make money - as long as we remember the Source from whom all things come, and that to those who have much given, much is expected. The bottom line: do we trust God? If we don't, we will have a hard time living out the politics of being Christian.

"I Vow to Thee My Country" is a British hymn - and some critics say that it shouldn't even qualify as a hymn - but I think the words are poignant and can fit America as well as Britain. The words are below:

And there's another country, I've heard of long ago,
Most dear to them that love her, most great to them that know;
We may not count her armies, we may not see her King;
Her fortress is a faithful heart, her pride is suffering;
And soul by soul and silently her shining bounds increase,
And her ways are ways of gentleness, and all her paths are peace.

If we're American, and we're Christian, we should have no trouble singing either verse. The politics of Jesus and the costs of discipleship require our vow and and our sacrifice. But we do so as a community of faith, not individuals. Love doesn't insist on it's way, but insists on the truth.