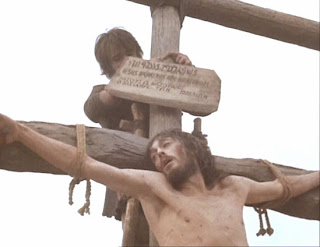 A tragedy occurs at a major college – and instead of mourning a tragedy, we’re quick to find blame. Don Imus uses very poor judgment in an off-handed comment, and gets people fired up about shock jocks and media misuse… as if it were something new.

In United Methodist circles, IRD, a conservative think-tank, is being accused of being in bed with Rupert Murdoch media outlets and having a questionable director (admittedly, having an ex CIA employee these days isn’t very convincing or even good P.R.). The “liberal” factions produced a book United Methodism at Risk a few years ago (I received one as an alternate General Conference delegate) that preached tolerance yet was intolerant of those who varied from their opinion, plus had some obvious factual errors in it! Renewal Groups haven't renewed much other than increasing cyncism and poor morale.

What in the world do these things have to do with anything substantial? College kids getting killed in school is tragic – how does blame help? Shouldn’t we be mourning senseless deaths instead of blaming a lack of gun control or school officials for letting someone “slip though?” Senseless death and tragedy is nothing new in a world that desperately needs renewal and redemption.

And why is just Imus catching all the flak regarding his comments in a news program? What about Al Franken, Rush Limbaugh, Sean Hannity, Alan Colmes? Are they newsmen? Hardly. They, like Imus, are entertainers at best… and not very good ones. But awfully insulting at times. What Don Imus did was awful. I could say the same about the other “newsmen” listed above.

Ever go to a UM “renewal group” website? Check them out. See what’s missing? The name Jesus. On the IRD site, it occurs in a quote being critical of the Igniting Ministry campaign and not mentioning the name Jesus… yet IRD’s home page doesn’t mention Jesus either! Jesus doesn’t occur in their greeting from IRD’s president. Nor does it appear in their purpose statement. The home page of Good News’ website doesn’t have the name “Jesus” anywhere on it. The Confessing Movement’s page at least says “Christ Centered.” The Unofficial Confessing Movement’s home page has “Jesus” twice, but only in quotations.

Are we just becoming a club that is about “Jesus?” And is our center about becoming politically active instead of making disciples of Jesus Christ?

The issue of homosexuality threatens to split our denomination. Politics threaten to divide the Christian Church in America, and is becoming the new allegiance of faith, i.e., only “real” Christians belong to this or that party. Jesus said “Render to Caesar the things that are Caesar’s, but render to God the things that our God’s.” Can we serve two masters? Aren't these minors when compared to making disciples of Jesus Christ?

We’ve given the renewal groups their chance – on both sides of the aisle. They haven’t delivered, but they are succeeding in watering down the faith by having little or NO Christology in their ministry or mission. Christianity without Christ is... well, it's not Christianity.

I used to think that this song was “pithy”… until I really listened to it. And then I realized that my use of “pithy” was no better than the accusations I have raised above about “Jesus.”

Give Me Jesus
by: Fernando Ortega

Keeping Up – Reaching the Masses

Do not be conformed to this world, but be transformed by the renewal of your mind, that you may prove what is the will of God, what is good and acceptable and perfect. - Romans 12.2

It’s official. As of yesterday, Toyota is the world’s largest automobile maker, passing General Motors. That doesn’t mean Japan is making all of the money; Toyota makes 10 vehicles in North America: the Avalon, Camry, Corolla, Matrix, Sequoia, Sienna, Solara, Tacoma, Tundra, and Lexus RX330 (did you know that a Lexus is just a well-insulated Toyota?). The Camry Hybrid is made in Kentucky, by the way.

Some say American pride is taking a beating. However, the reality is that we all now live in a global economy. And consumers these days don’t ask where something is made; they want to know, “Is it dependable?” “Will it run?” “Is it well made?” I’ve never owned a Toyota, but I have owned three Nissans. I spent very little money on them; they were well made, affordable, and dependable. Two of them were made in Tennessee.

While I’m not an economist, it seems to me that General Motors dethroning could be tied to an attitude of being too comfortable and assuming that “We’ll always be here.” That’s a dangerous attitude. That attitude lead to the downfall of the railroad – they didn’t keep up, and just assumed that they would always be king.

If the Church isn’t careful, we’ll fall into the same boat. We have to continually examine ourselves and ask the questions: Are we reaching society? Jesus didn’t say that we were to stay in our building and have people come to us; he said, “Go out… make disciples.”

While we aren’t to be of the world, we are in the world – are we keeping up to reach the masses? 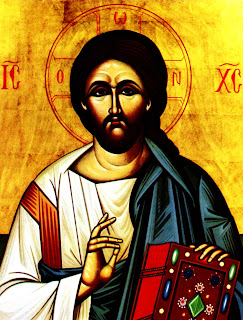 There is a new church starting up in our area; I’ve heard their commercials several times on television and radio. There is one disturbing thing about them: they never mention “Jesus” or “Christ.”

It seems like all these church growth formulas and models and criteria of what works are very weak in Christology, and sometimes lack any at all. While some may think that’s too theological a word, in short what that means is that it’s all about Jesus. If it’s not, no matter how effective it might seem, then it’s not Kingdom work.

Another concept related to Christology is the understanding of hypostatic union. This is a term used to describe how God the Son in Jesus Christ took on human form, yet still remained fully God. John’s Gospel is full of this understanding, how Jesus always had been God and yet at the incarnation Jesus took on human flesh and became like one of us. It’s a mystery, but it’s our saving grace: Jesus Christ, one Person, is fully God and fully man.

We can’t compromise on this. I don’t care what the latest church growth guru says. A church that grows without a foundational and functional Christology isn’t a church – it’s a social club with a steeple.

The good news is that by God's grace, He can redeem anything and anyone. If we get people into the door, may we lead them gently and lovingly to Christ.

At the first Master Site Plan/Long Range Planning Committee meeting last week, we spent some time talking about our church: who we are, what our frustrations are, and what we do well. Let me share these with you:

Who are we:
• A cornerstone of the Reidland Community
• Involved in missional outreach
• A Preschool provider
• Followers of the Great Commission

What Are Our Frustrations:
• Poor communications within church
• We are terrible procrastinators
• We are “clique-ish”
• We are crisis-driven
• Need to use our resources better
• We need to find unity from within
• We are a “graying” church (and graying community)

What Do We Do Well:
• Missions – both outside of our community and within our community
• Preschool – we have a premier preschool and have attracted several members through it
• Older Adult Ministry – Our OWLS program is very successful!

It was a good meeting, and an honest one. Not only do we know our strengths, but we also know our faults. But now that we know them, we can address them. We can continue to build upon what we do well, and remedy that which needs work.

But we won’t fix it in a day, or in another meeting. It will take time, and it will be done in God’s time. That’s frustrating for people like me who like timetables. But I also know that the Holy Spirit rarely rejects good planning and prayer. Just as God had a plan for Jesus as He went into Jerusalem, so must we have a plan of discipleship and mission as we go forward.

I am really energized. Our district superintendent came and reminded us that in this day and age, we need several entry points into our church where people can not only find Christ, but also find their niche in the Kingdom and be able to share their gifts. We don’t do it to glorify Reidland UMC, tho… we do it to glorify God and proclaim Christ crucified and resurrected. And that’s good news!