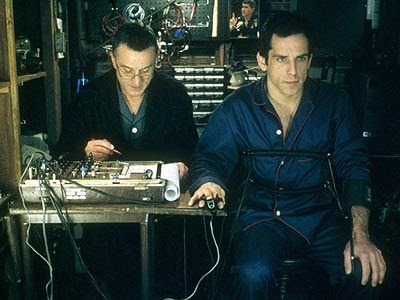 I wasn't angry about being mistreated as a pastor, or upset that my salary wasn't as high as I thought it should be, or that I was "passed over" and someone else got a church that I might have wanted. I was angry that the two generations of church leadership before me allowed United Methodism to get into this shape.

Over the years, I have helped put together conference journals, served the Connection at the General and Jurisdictional level, and represented my religious order at the General Board. What I witnessed, in ways financial and administrative, was that our UMC was hemorrhaging - and had been - for a long time. We have experienced a net loss of millions in membership in my lifetime, and it made me angry that my grandchildren and great-grandchildren might not have a United Methodist Church to attend; not because it was God's will, but because we failed to lead and make disciples. It made me angry that a lot more was going to be required of me than my predecessors if I were going to be faithful to my baptismal and ordination vows. It made me angry that I might not have a pension to live on in my last days. Anger threatened to consume me.

It took every prayer discipline I had to regain focus and perspective, and I realized that my anger was my own sin of wanting someone or something to blame rather than to do something about it, and that the reasons for church decline were far more intricate and complicated than could be attributed to any one cause. I allowed my own prejudices and need to blame erode my faith, and that was the true failure - with no one to blame but myself. I had experienced not an erosion of trust, but an erosion of faith.

Getting to the point of admission and doing something about it was freeing, it was empowering - it was literally my salvation. It changed the way I approached and carried out ministry. Instead of a career, ordained ministry became the way I best lived out my baptismal vows instead of a career (hey, clergy and lay alike, we're ALL called first by our baptism, not our ordination). I stopped comparing myself to other pastors and their appointments (a/k/a "Steeple Envy") and the unholy game of competition. It was time to fish or cut bait: either I start trusting God and the UMC (which I said at my ordination was the best way to express Christianity), or I hang up my stole and turn in my credentials. By God's grace, I started trusting God again. But like God's grace, trust in God is something we either accept or don't - that's on us.

In this season of the UMC, our trust in God is called upon more than ever. We are a communion not based on loose association, but by connection and covenant. Yet trust is severely lacking in the UMC; we've showed the world that in many ways, but we did so especially at General Conference 2012. Our trust was so lacking that one delegate wanted members of a committee/commission to stand so she could see if they were "diverse enough." And now that we are living into this difficult season in the UMC, our propensity to avoid the unknown, to shun the different, and to suspect the worse is making us paranoid and ineffectual. Manifestations of this culture of distrust have led us to public displays of distrust:


The root of all these things is not truth - it is fear. Fear that the bishops might be "scheming." Fear that another pastor might get a better appointment than me that I feel that I deserve. Fear that what we say in truth will be used against us in hate. Fear that someone has it better than I do.

To embrace Christ fully, however, means to embrace that perfect love casts out fear. It means that our own wants and comforts are outweighed by the needs of the Kingdom and our sacrifices for it. It is not martyrdom - it's a glad and willing obedience. It means that nothing is sacred but the mission. Once I understood that, it became easier to trust. Our brothers and sisters may let us down, but God is always faithful and trustworthy.

When I was asked to be a district superintendent on March 1, 2011 (an AWFUL time to start this position!), I said yes. I knew in this season of the Church it would be difficult work. But I also knew that it was my opportunity to turn my former distrust into joyful obedience, and my despair about the Church into an opportunity to make a difference in the life of the conference and community of faith that raised me and nurtured me.

There is a letter that I keep at my desk that reminds me of my task and that there are no earthly "guarantees" ahead of me - indeed, I suspect there are tougher days ahead then there are behind for the United Methodist Church, as well as all Christians. But in casting out fear, the shackles are removed to work for the Gospel hope and future - and I don't think God is done with us yet. I believe that the best is yet to come.

I think God expects greater things of us - and I think they're coming. The Lord will take us there, and only by faith can we follow.