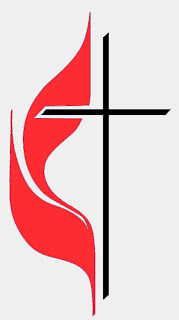 Not that there was much doubt. But United Methodist pastors always feel better when they have it in writing. My letter from the bishop and district office came last Saturday.

One of my good friends, fellow pastor and blogger Jay Voorhees, lives in Nashville. He and his wife Kay pastor churches in the Nashville area, and Jay is known around the denomination for his writing, communication expertise, and his interest in the emerging church movement. He recently wrote about being reappointed to his church for another year. His thoughts are similar to mine on the subject:

One of the struggles we itinerant Methodist types have is the tension between participating in a system that discourages deep connections and rootedness with the call to ministry in a specific location which requires one to make those connections and place those roots in order to be effective. Some would argue that this is a good reason to throw out our connectional system, and especially the itinerancy that is part and parcel of that connection. I don’t quite go that far, for there are also positives to itinerancy (most particularly, a system that should (when it works) promote and emphasize the ministry of ALL Christians). Yet, I have experienced a deeper sense of calling to this place where I live and serve. I find myself sometimes wondering if God is continuing my call to a denominational system, or instead to a neighborhood and parish. Don’t worry, I’m not about to “honorably locate” or turn in my ministerial orders tomorrow — luckily our Bishop and Cabinet’s discernment is that I am to stay in my current situation. But, for the first time in many years I am more able to say that my calling is located in a specific piece of ground. – The Rev. Jay Voorhees, from his blog: Only Wonder Understands

It is becoming more and more clear to many that long pastorates are better for churches and parishes. I agree. If I were a layperson, I don’t think I’d be willing to follow someone’s leadership fully unless and until I trusted him or her. Trust, as we all know, doesn’t come easily and takes time.

I am certainly glad to be in Reidland. So is my family. May we grow with each other in our trust and service in Jesus Christ.

The Future of Episcopacy in the UMC – Part 4

Subtitle: The Future of the Itinerancy?

As I have heard stories across our jurisdiction about pastoral appointment-making woes, I remembered an old book I read right out of seminary: Send Me? The Itineracy In Crisis (before any of you say it’s not that old of a book, I looked in the front and it was published 16 years ago).

One fact that the editor, Donald Messer, lifted up was this: “The Commission for the Study of Ministry noted that ‘if itinerancy is to remain a viable option for the church, issues of injustice and inequity, as well as accountability, availability, and authority must be addressed,’” a quotation from the 1988 General Conference’s advance edition of Daily Christian Advocate.

It’s nineteen years later. It was not addressed. As a result, we have mediocrity and poor clergy morale. Clergy will tell their superintendent that they can’t move because of family and personal needs. Being compassionate has been a plus to clergy compared to the previous manner of itineration, but are congregations being served well by it? Now, two classes of clergy exist: itinerant and non-itinerant. This has lead to a situation that was called in the 1988 Episcopal Address as “separate and unequal, with all of the advantages going to the non-itinerant.” Has anyone asked what this has done to the churches that the church is supposed to serve?

Housing allowances in lieu of parsonages have been good for clergy finances and assets. But has it served an itinerant church well?

And what happened to the vow UM clergy made, to be appointed “without reserve?” Do we just wink at that and cross our fingers when asked that?

Korea abolished guaranteed appointments in 1978. They had lost trust with the episcopacy and the appointive system. Local congregations chose their pastors and governed their own structure. As a result, the membership went from 597,691 in 1978 to 1,125,667 in 1990. Observations? The Rev. Joon Kwan Un noted that ministerial concern went from “politicking” to “ministerial competency.” “Pastors had to become more sensitive to the needs of the congregation and of the possibility of upbuilding the community of faith…” Longer pastorates emerged, which strengthened church growth. The negative? A phenomenon called “local churchism” took place, and connectionalism became questioned even more.

If bishops and other leaders don’t step up and address these concerns in a denomination that is losing membership rapidly, the laity may do as Korea and vote to get rid of the guaranteed appointment and bishops’ appointive power. The next logical step would be to say, “Do we really need bishops?”

It’s been nineteen years since the bishops identified the problem. Are they, are we, ever going to address it?

To read other entries on the Future of the Episcopacy, click "Bishops" immediately below.
on May 03, 2007 2 comments:

“A Catholic Spirit” is one of my most favorite sermons of John Wesley. Some excerpts:

1. Even those who do not pay this great debt concede that love is due to all mankind, the royal law, "You shall love your neighbor as yourself." It carries its own evidence to all who hear it. This does not mean, according to the miserable construction put upon it by the zealots of old times, "You shall love your neighbor," your relation, acquaintance, friend, "and hate your enemy." Not so; "I say unto you," said our Lord, "Love your enemies, bless them that curse you, do good to them that hate you, and pray for them that despitefully use you, and persecute you; that you may be the children," may appear so to all mankind, "of your Father which is in heaven; who makes his sun to rise on the evil and on the good, and sends rain on the just and on the unjust.

2. But it is sure, there is a special love that we owe to those who love God. So David: "All my delight is upon the saints that are in the earth, and upon such as excel in virtue." And so a greater than he: "A new commandment I give unto you, That you love one another: as I have loved you, that you also love one another. By this shall all men know that you are My disciples, if you have love one to another" (John 13:34, 35)…

3. All men approve of this; but do all men practice it? Daily experience shows the contrary. Where are even the Christians who "love one another as he has given us commandment?" How many hindrances lie in the way! The two grand, general hindrances are, first, that they cannot all think alike and, in consequence of this, secondly, they cannot all walk alike. However, in several smaller points their practice must differ as their opinions differ.

4. But even though a difference in opinions or modes of worship may prevent an entire external union, yet need it prevent our union in affection? Though we cannot think alike, may we not love alike? May we not be of one heart, though we are not of one opinion?…

5. Surely in this respect the example of Jehu himself, as mixed a character as he was, is well worthy both the attention and imitation of every serious Christian. "And when he left there, [Jehu] met Jehonadab the son of Rechab coming to meet him, and he greeted him, and said to him, "Is your heart right, as my heart is with your heart?" And Jehonadab answered: "It is." [Jehu said], "If it is, give me your hand." - John Wesley, 1771