A Change in Seasons 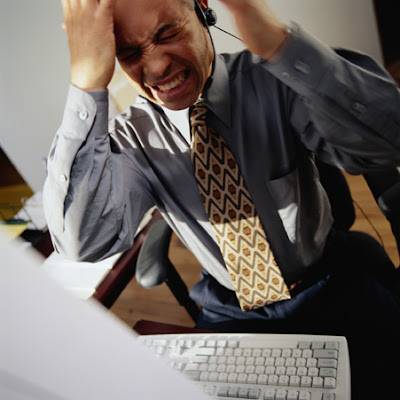 As inevitable as change is, we do not handle it well. The weather changes, and we complain – even though weather changes are inevitable and indeed necessary for our survival. The recent presidential election means change, with about half our country happy about it and the other half not. Basketball fans either love their coach or are ready for him or her to move on, with a change in coaching always provoking arguments. I have lived in several communities, and witnessed the turmoil of school consolidations, forming metro governments, lotteries, alcohol sales, zoning changes… the list is long. It takes a lot of faith and discernment to know the different between needed change and novelty change. Change is upsetting, regardless of what “side” we are on.

The Church is not immune. In the years to come, I believe our annual conference and denomination will have to make changes to meet the challenges of our day, or decide to live in the past and no longer effectively minister to present and future generations. We live in an age where a computer is now a necessity rather than a luxury – the church is no different. Methodists have always deployed clergy with an itinerant system, and we now find the present system is antiquated and very broken, more suited to serving pastors instead of equipping our churches. Methodists have a wonderful connectional system, yet we use it selectively; churches that are dying could pool their resources, merge facilities, and by doing so offer more to a culture that is increasingly diverse. However, mention merger or closing to a local church and the attitude is usually, “I was born in this church; if this church closes, I just won’t go to church.” A lot of churches lament our district’s recent charge conference; the whole district gathered to do the yearly business of the church, and submitted numerous forms by consent calendar, saving a lot of man and woman hours, and it was one of the largest district gatherings I can ever remember. The complaint from some? “We want our own charge conference.” Great…so all 5-8 people that show up can get together, brag on their church, smile for the D.S., and submit a bunch of forms? No wonder people don’t come. I wouldn’t if I didn’t have to. In all of this critique about change, it is rarely mentioned that the “way we’re used to” isn’t working. Two of our annual conference’s agencies are struggling to stay open. Our conference’s university, Lambuth, has an unsure future. United Methodism is still losing membership, and we’re operating as if it’s still the 18th century. The mission should still be the same: making disciples for Jesus Christ. The problem is we may be applying 18th century theory to 21st century practice. We are certainly not supposed to be of the world, but we ARE supposed to be in the world.

I think Jesus has a lot to say to the 21st century, and I think we do too. How much are we willing to be changed by God to be a disciple, and a disciple maker?

A Well-Deserved and Usually Forgotten Thank You 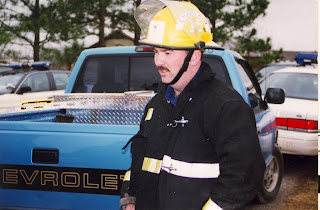 This Saturday, there is a dinner honoring and thanking the firefighters and spouses of the Reidland-Farley fire district, and they will be presented a gift. Our church, along with all of the Reidland area churches, is helping to contribute to and support that cause.

I was a firefighter for several years, and worked in paid, paid-on-call, and volunteer capacities. I served as a dispatcher, a nozzleman, a driver/engineer, a chaplain, and as a line officer. It is hard work, it is dirty work, and it is dangerous work. I retired from the fire service in 2001.

It takes time; time away from families, time away for leisure activities, and when duty calls, time away from things like Christmas and birthday gatherings. Nearly everyday a fire engine or ambulance drives by my office. As I glace up, I see a fire helmet and shadowbox of badges from former departments I served hanging on the wall next to the window, and I always say two prayers: I thank God that I was never seriously hurt or left my family without a husband and father, and I pray that the men and women in that fire engine or ambulance are also spared from harm.

Author Kurt Vonnegut once said, “I can’t imagine a more stirring symbol of man’s humanity to man than a fire engine.” And he once told his wife, “[A] fire engine goes by… And I give them the thumbs up.”

Next time you see a firefighter, thank God and them for their service. And whenever you see a fire engine, whether on an emergency run or not, give them the thumbs up. Pray that God keeps them safe. For all you know, they may be on their way to your house.

Email ThisBlogThis!Share to TwitterShare to FacebookShare to Pinterest
Labels: Firefighting 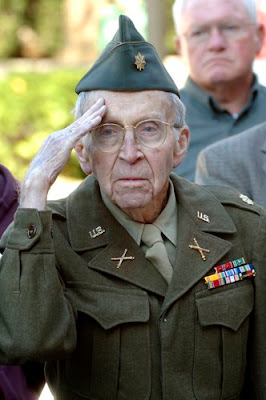 A year ago today, I was in Epworth, England. It was a Sunday, and we were gathered in the middle of Epworth for a Remembrance Day observation. In addition to those gathered, members of the British Armed services, veterans, and the Army Cadet Force were present. The colors were presented. Two minutes of silence, per British custom, were observed. A bugler then played.
The British do things very well.
After this, we marched to St. Andrew's Church for a United Remembrance Sunday Service. St. Andrew's was where John Wesley's father, Samuel, was rector. When John was banned from preaching in his home church, he stood on his father's grave next to the church and preached.
One of the things I realized that I was ignorant of was that in World War I, while Americans lost soldiers, many around the world lost soldiers, women, and children. As the worship service progressed, the minister (a British Methodist) noted that when we are in school, a roll is called for the register of attendance. However, on this day, as the roll is called, it was a register of absence: the names called represented costly sacrifice, earthly riches lost, and unrealized hopes. 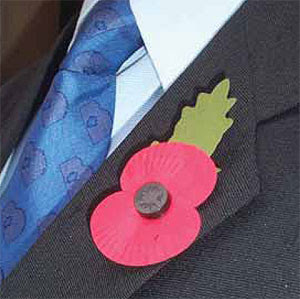 Even though I was away from the land of my citizenship, the service brought tears to my eyes. I was standing next to my father, who served in the Korean War. His older brother, Howard, was missing in action in World War II, with no body to bury and no clue as to what happened in the last days of his life. I can only imagine how this day would be more difficult for those who have buried loved ones who were civilians in harm's way.
I hope for the day when we beat swords into plowshares and study war no more. Until that day, God bless those who serve in our military, God bless those who have served, and God bless all who have lost their lives in wartime. May they all have peace.
Pax,
Sky+
on November 11, 2008 1 comment:

How Did I Vote? Sorry... I Ain't Playing That Game 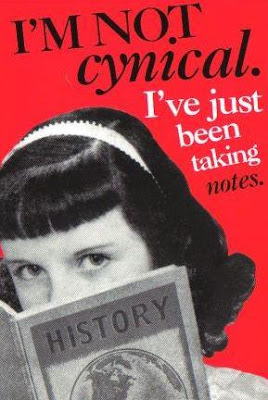 I voted. I always do when given the opportunity (I am a registered Independent and Kentucky has closed primaries, so I can't always vote). But I get more and more depressed each time I do it. I wonder if I am selling out my Christian faith when I vote.

Worse, the way you vote or feel about an issue automatically gets you placed into a camp, at least in America. We Americans like to be for/against, black/white, yes/no. We don't like to think in terms neither/nor, shades of gray, and either/or. Did Jesus believe in the Ten Commandments? Of course. However, when someone needed healing on the Sabbath, he did it. Sometimes, the line moves and black and white becomes shades of gray.

So did I vote? I did. Was I happy about it? No. Was I happy about my choices? Heck no. That meant that I was not happy with the way I voted.
I have voted and my American conscience is clear. My Christian conscience, however, is troubled.
My community is in the midst of a school consolidation issue. It wasn't on the ballot, but it is a source of contention among many. I am watching it tear apart a community. People are taking sides, and you're either on their side or you are "bad."
In theory, we're all supposed to be on the Lord's side. It seems, however, that people's idea of the Lord's side is based on how they voted. While I think God is concerned about our lives, I am not sure He places that much cosmic importance on a local school consolidation, a U.S. Senatorial election, or even a U.S. Presidential election. We are but one very small speck in an infinite universe of God's creation.
So who's side am I on? I'm on the Lord's side. Do you think I'm gonna tell you how I voted or how I feel about school consolidation?
Not on your life. I am a lot more than my vote or opinion.