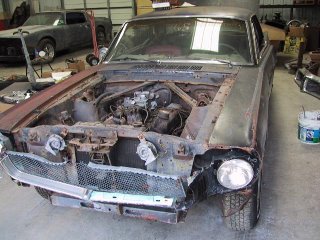 Eight of us from Reidland went to Kansas City a couple of weeks ago. A very powerful image was presented to us: Three Ford Mustang convertible cars. Two of them were 1965 models, one taken out of a junkyard - rusted, no engine, rotting interior; the other was restored to mint condition. The third was a 2006 model. 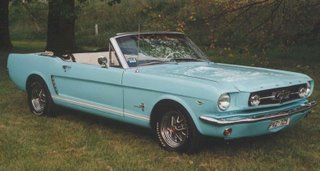 It was a good image for the United Methodist Church; 1965 was the last year our denomination experienced any numerical growth – and we are very much looking like the ’65 Mustang that came out of the junkyard.

That leaves two models: (1) we can restore the old car to mint condition with some investment of time, money, and TLC, or (2) we can buy the new car. 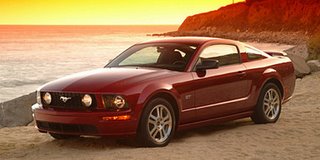 The preacher, Adam Hamiliton, noted the restored ’65 looked great and was fun to drive… for a short while. Even though it is restored, however, it doesn’t brake as well as modern cars, is more difficult to steer, has no air bags or even shoulder seat belts. The 2006 model has modern steering and braking, modern safety applications, and can be driven comfortably for hours at a time. It still looks like a Mustang, taking the best from the old and adding modern elements to make a car that’s safe and useful today.

There are certainly ties to the past we need to keep, in order to learn about the eternal faith and to remember those saints who have gone before and upon whose shoulders we stand. However, we also need to embrace change in the church as well as we embrace it in our world. I don’t know many folks who want to go back to telephone party lines, hand-powered drills in the shop or handmixers in the kitchen, hanging clothes out on the line, or lighting our houses at night by oil lamp. The church should be no different.

What does that mean for us and our church’s future? It means a lot of prayer – talking and listening to God. And it means sacrificing our own attitudes and minds and having the mind of Christ. If Christ can sacrifice his life for us, we have to ask ourselves what we’re willing to give up and sacrifice. 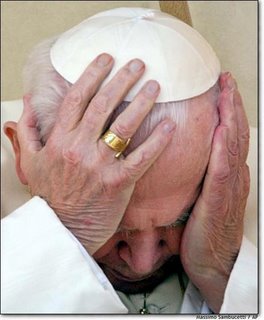 I haven’t written in over two weeks; I’m as close to overwhelmed as I ever have been in my life. It's taken me two weeks to find the words.

As you can read on other UM blogs, many were in attendance at the United Methodist Church of the Resurrection Leadership Institute at the first of this month. I was among them, coming early to attend the Contemporary Worship Institute as well. Striking the Balance was the theme of the Institute. From the brochure:

In this year’s Leadership Institute, Recentering – Striking the Balance, we will help you see why mainline churches matter now more than ever, what ways mainline churches must change if they are going to reach the next generation, and what the mainline can learn from the “emerging church.”

I had good friends, church staff, and church members attend with me, and every evening brought conversation and debriefing that went long into the night. During breaks I ran into old friends like Jay Voorhees and Ed Phillips (now a professor at Duke), and had long conversations with them as well.

I will confess that I am theologically orthodox, lean toward the liturgical/sacramental where worship is concerned, and have often prided myself to the point of sinfulness regarding my seminary education from a highly respected school. I’m a mainline Protestant.

If trends continue as some church growth experts believe, other Protestants may begin to follow us in a few years.

So what am I going to do? Crossing the Tiber and becoming Catholic seems too much like giving up. Waiting on Good News, MFSA, the Confessing Movement, and whatever other renewal organization may pop up to save the day is as helpful as thinking that if we could only get the right political party in control we could “fix” our country.

It’s clear to me that the vast majority of folks don’t feel represented in government, don’t feel ministered to by the church, and don’t feel welcome, inspired, challenged, or moved by worship. John Cobb, known for his progressive theology, has made the most keen observation in noting that the lukewarmness, the lack of intensity, and the lack of theological thinking have all contributed to the decline in mainline churches… which is ironic, since those things were part of the birth and heritage of the Mainline Church!

What will it take? Like a good Methodist, I’m going to borrow from Wesley and make a confession: This orthodox, liturgical/sacramental pastor, a graduate of a United Methodist seminary… is submitting to be more vile. For Wesley, it meant he preached out in the fields… quite “improper” for any Anglican priest of the day. But Wesley believed that religion was mind AND heart, and did what it took.

So if it takes different music, use of multimedia, a change of wardrobe, praying more, and/or reworking (or even stripping down) the basics of present ecclesial practice, then so be it. These innovations aren’t really a whole lot different than previous innovations: pipe organs, electricity, hymnody that embraced harmony, celebrating worship in vernacular language.

I don’t think the Mainline Protestant church is called to stay in the 1960’s. Jesus is alive and well in 2006, and we’re still called to make disciples – in today’s world. I think we can be redeemed - if we allow God to do it.