The stress came off of me like a snake shedding its skin. I hopped on the connecting flight going from Boston to Dublin. Picked up a rental car and drove to the Dingle peninsula (Aer Lingus no longer flies into Shannon – dang!). I was a bit early to check into the cottage I was staying in so I went to a local pub for my favorite lunch there: a cup of soup (on this day potato and leek) and a slice of brown bread with ample butter. I sat at a table looking out a window at the Atlantic ocean from Tralee Bay.

Peaceful. No television blaring with a 24-hr news channel. No phone ringing or full of emails and text messages (and no one else on their phones as I recall). I didn’t have to check a calendar, nor was I running a tourist race to see how many new things I could see. A week of study, prayer, a few contemplative hikes, and occasional visit to a pub with some live music.

A couple of days later I had morning coffee, cooked my own breakfast, sat outside and stared at the Slieve Mish mountains close by, and decided to do my studying outside. It was glorious. After a while I realized it was past lunch time and I decided I wanted another bowl of that soup and some brown bread, so I drove down the road to the same pub.

I walked up to the door and a man was doing some work outside. “Coming for lunch?” he asked. I said that I was. “Well, I can pour you a pint, but you can’t have any lunch. I don’t have a cook today. In fact, more days than not we don’t have a cook for lunch.”

To make small talk, I said, “Oh my. We have the same problem in the States. I guess that’s our president’s fault.” He laughed out loud, “Eh! Would that be Trump or Biden?” I told him probably both. He laughed harder. “I guess we could blame the Taoiseach, but I’d rather blame Brexit!”

And so, the old maxim, “You can run, but you can’t hide,” proved to be true. My peaceful escape from the American Gripefest didn’t last long – and I even contributed to it. Thankfully it was good natured. I had a pint and we talked about how much sport it is to talk about politics, religion, and to generally B&G. (I had to translate that for him – “bitch and gripe” - and he roared in laughter). Then I drove in search of a pub with food. I passed THREE before I found one with a cook – a good 15 kilometers on a very curvy road. Thank you, South Pole Inn in Anascaul village! 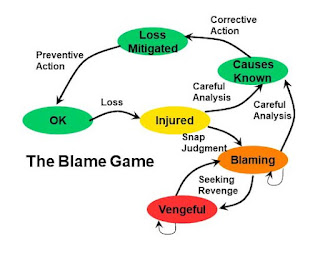 Fuel prices, natural gas prices, and power rates are going up… in the U.S., Ireland, Britain – all of Europe. There aren’t enough truck drivers… in the U.S., Ireland, and Britain, as well as Mexico, Russia, and Turkey. You can blame several sources and you might be accurate in your blame – or not. The variables are many.

The need for lament is valid – the Bible is full of lament. My concern is when lament turns to malice. Demonizing. Vilifying. Name-calling. Slander.

Society does it. Politicians and pundits model it for us which seems to give us license for it. It hurts in general, but it really hurts when it strikes close to us. You don’t have to be directly hit  by a lightning bolt for it to cause damage to you or your property. Lightning can travel 25 miles in a combination of above ground and below ground.

I was eating lunch one day and someone who knew me asked me, “Sky, aren’t you from Martin (TN)?” I said that I was. “Man, I heard about that Methodist church up there. They have a lesbian pastor. I guess that liberal bishop is gonna try to push his agenda thru up there.”

I laughed, because (a) I know the pastor, and was her DS when she was graduating from seminary, and (b) if our bishop is a liberal then I’m a beach blonde with a tan. “Are you being serious?” He said he was, and that he’d heard it from people he knew. “Who?” I asked? Silence. Finally he said, “I guess that’s gossip, isn’t it preacher?” That wasn’t the exact word I was thinking, but I said, “Yes, if it’s not your story to tell, it’s gossip.”

It is true that some people have left my home church, for various reasons – just as people are coming and going from various churches and denominations, including the church I serve (we have lost some members, we have had as many new people attend or join). I hate to see any church or denomination go through strife, though they are as flawed and imperfect institutions as the people in them in this vastly polarized climate we have created and live in. The church isn’t free from what other institutions seem to need: demonizing and undermining the “other” so that “my side” looks better.

But what I hate, and what I’m fairly sure God hates, are the labels. The pigeonholing. The lies that will be told because it gives weight and credence to the narrative. I occasionally take time during church meetings to do “Mythbusters” – I just go ahead and lay out on the table the latest rumor, rumbling, gossip, or guesstimate that is out there, and let people ask as many questions as they want. Some people don’t like it (the confrontation), some laugh, many shake their heads. We like to B&G. We don’t like being confronted by the actual truth when it conflicts with our opinion or narrative.

Jesus was heavily criticized by others. Endured constant sniping. His words and actions were taken out of context. People misrepresented (i.e., lied) about things that he did or said. Many of these people were religious people who should (and probably did) know better. 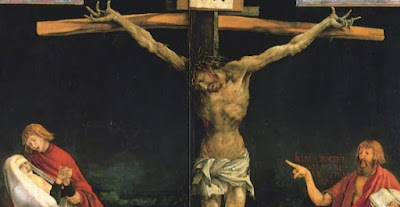 I grow weary of it all. Of course, it’s nothing new under the sun. But it hurts the most when it comes from the church and those who proclaim Christ crucified and risen. You would think the events of Holy Week and Easter would remind us of (a) the evil we can commit against the most innocent, and (b) the Resurrection of Jesus Christ in which God – not us - has the last word. But we soon forget. And then we defend and deny. And then – we are stuck with ourselves.

Thank goodness for Jesus Christ: “He committed no sin, neither was deceit found in his mouth. When he was reviled, he did not revile in return; when he suffered, he did not threaten, but continued entrusting himself to him who judges justly.” (1 Peter 2)

Galatians is one of my favorite Pauline letters. It teaches that the Spirit wants to produce in God’s people love, joy, peace, patience, kindness, goodness, faithfulness, gentleness, and self-control. If our B&G sessions - or even our best critique - cannot be expressed in keeping with the Spirit, perhaps it is better left unsaid.

For certain, God is watching and listening: to our words, our thoughts, our actions. They matter, and we will one day have to give an account for them. He must increase - we must decrease.

It’s not just a biological fact, it’s starting to show – inside and out. Those that haven’t seen me in a while say, “Your hair’s all white!” I wear contact lenses sometimes but I still need cheaters to read. My arthritis is getting worse. My bad foot has become a worse foot and I can roll my ankle stepping on a pebble.

I’m not in my twilight years, but I’m living in a twilight time, a twilight zone. I’m preaching Sunday on Paul and the promise of God that comes not by label, denomination, party affiliation, or rule-following, but only by faith. That the promise rests on grace and not the law, from the one who raised Jesus from the dead. But that’s not what I see. It’s not what I feel.

I see people who are more worried about who our president is or was than who their neighbor is. They find the latest meme or post that says, “Yes, read this!” when it has nothing in mind but saying me and my kind are right and you are wrong. We put labels on others yet say we love everyone. We ask to be forgiven for our trespasses but want punishment for those who trespass against us. We brag about our baptism or about when we were saved, forgetting that the God who adopted us out of our unworthiness also adopted others, too: our brothers and sisters, related by blood – the blood of Christ. Does God approve of how we treat our blood-kin?

We’re addicted – alcohol, drugs, work, food. But there are worse addictions. Hate. Gossip. Undermining each other. God sees what we post on social media, hears what we say in our circle of friends, knows our hearts and minds. I’m not sure that we care. We just want to be right. We want others to be wrong. We need labels so we can know the good guys from the bad guys. We’re addicted to being divided. Even the Church seems to need to be divided. We say it’s “their” fault. “They” seem to be the cause of all our troubles. I really think “they” is a way to escape from saying WE. God forbid anything be **my** fault.

500,000 dead in my country. Some say it’s an exaggeration, even a myth. All I know is that I’ve buried my share of those 500,000: church members, relatives, a close friend or two. That it is even up for debate makes my hair even whiter, my heart more broken, makes my insides hurt as much as my outsides. We’re callous to death. We’re disrespectful to life. Life is precious. Instead of hurting for others, we invoke politics and conspiracy theories to cover up our own sadness and inflict it on others.

Some days the arthritis and heartache is a lot. But Lord, please don’t take away my – take away OUR - ability to feel. Even when we try to take it away ourselves.