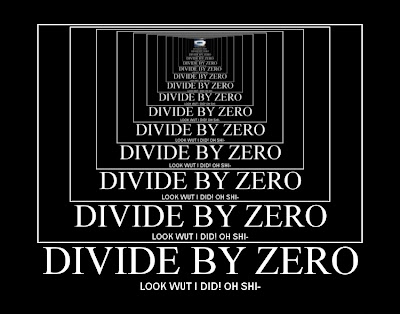 You know, division in the United Methodist Church is, in essence, almost like dividing by zero. In mathematical terms, it is an expression that has no meaning. In practical terms, it cripples us. About 12 years ago, a divide by zero error on board the naval cruiser USS Yorktown (CG-48) computers brought down all the machines on the network, and their propulsion system failed. It stalled out over a weekend while in port.

My Labor Day was pretty quiet until I got a phone call from an old friend regarding something he had read about the United Methodist Church. I told him what our denomination's stance was on the issue and said he must have misread the article. So then I looked it up... and I owed my friend an apology.

For a long time, my denomination has been in a power struggle: left versus right. Or, to use dirty (and now meaningless) words: "Liberal" and "Conservative." Church liberals now want to be called "progressives." I am sure the church conservatives will be thinking up a new label for themselves before too long to keep up.

Every General Conference, we "fight" over homosexuality. And every General Conference, we keep things basically the same (the vote margin is getting maybe a little larger). But neither side ever wants to let it go. More importantly, neither side seems to CARE that while trying to win this argument, the church is hemorrhaging - numerically, spiritually, and financially. In essence, whether intended or not, regardless of what side we stand, we have made homosexuality a juggernaut and idol. Our love for or against the argument has gone from concern to ridiculous. As if we can blame the hemorrhaging of the UMC on homosexuality!

This article has been posted by the General Board of Church and Society. It is entitled "Sex and the Church: Adolescent Sexuality," and while there were certainly some good points in it, there were some that were indefensible. A great point was this:


Parenting style can make a big difference in teenagers’ sexual decisions. In homes where parents talk to their teens about their sexuality values and have regular discussions about sexuality, their children are more likely to delay having sexual intercourse.

And then there is this quote:


More than 15 years ago, I developed a framework for a moral sexual relationship. I believe, based on my more than 30 years as a sexuality educator and now as a minister, that a moral, ethical sexual relationship — whether one is married or single, 16 or 35 or 80, gay, bisexual or straight — is defined by five criteria: It is consensual, non-exploitative, honest, mutually pleasurable and protected, if any type of intercourse occurs.

So if the General Boards don't like what the denomination decides about itself, it'll just stick our noses in what they think is right and rub it in until we get it right? As a pastor who vowed to uphold the Discipline, how can I teach one thing about United Methodism and then have an official agency of the church teach something at variance with it?

Of course, the other side is no better. While not an official agency of the United Methodist Church, one poster of a bulletin board gives the article this moniker: "GBCS - Sex, Church and Rock and Roll." Like a lot of titles this gentleman gives his news articles about the UMC, it's at best a half-truth and more like gossip (I mean, where was the Rock and Roll!?).

Of course, I'm probably contributing to the cause by giving both of these sides any press at all. When faithfulness and honesty won't work, there's always slander, talking heads, and sensationalism. Ever watch or listen to the news? We certainly get our attitudes and strategies to deceive honestly! We can be good at bullying people and try to slam them into submission. It strikes me as odd sometimes that some of those who push inclusivity the hardest seem to be the ones who are the least tolerant of those different from them.

Why does the American Church LOVE to mirror U.S. politics? Why do we pick one side, hate the other - when neither side holds a monopoly on truth nor is free from sin (and picks and chooses their whipping boy sins at that)? It would make a whole lot more sense to be on the Lord's side. But that's just not politically correct - for either side. 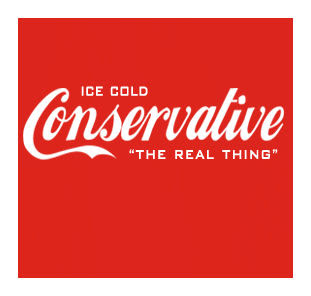 Jesus wasn't liberal or conservative: he was radical. That means he *issed just about everyone off around him because he did what God wanted Him to do, not what society or any group expected. I heard a judge once say that when she made a decision of law in court that didn't make either lawyer happy, she knew she'd made the right decision. 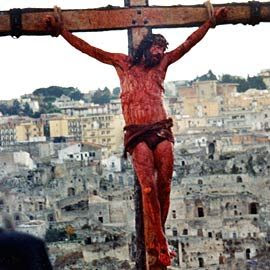 Jesus didn't come to make us happy or justify "our side." He came to set us free. Why fight it?

I noticed that the author of that article was a Unitarian-Universalist minister.

I noticed that you do not nor your church looks to the bible for your answers, the bible says in 1st corinthians chapter 6 verse 9 that homosexuals and perverts will not inherit the kingdom of god... and then in leviticus chapter 18 verse 22.. its clear... Trust me I used to live a homosexual lifestyle, I know what its all about and its not of god... don't water down the truth, and tell ppl that sex is an ok and pleasurable thing no matter who its between.. you are supposed to be a shepard of the sheep, how can you be a shepard if you over look the book that you are supposed to follow..

The bible also says in Romans chapter 3 verse 4 let god be true and every man a liar... I was guessing the scriptures.. that may not be all of it but I know it does say that.. so how does that change things?
The bible also says in Jerimiah chapter 17 verse 9 that the heart is decietfully wicked above all things.. so just think about it.. are you following what you feel is right? What ur heart says or what the word of god says??? The bible is true, let that be your foundation, not your own opinion... I don't mean to judge you, I just thought I would let you know what the bible says.. the bible is true 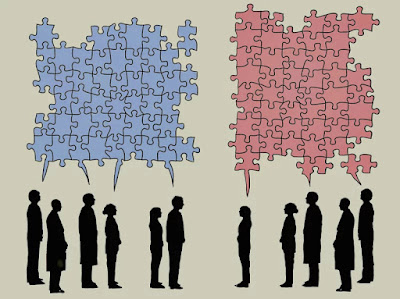