A Bad Law in the Midst of Absent Leadership - Is the Church Far Behind? 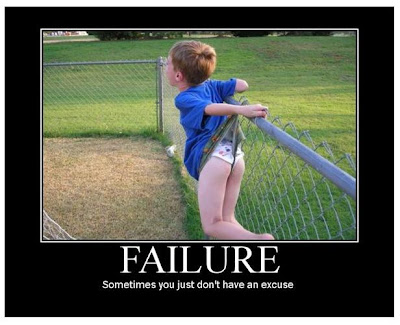 Fellow blogger Allen Bevere in a recent blog wrote about a Peggy Noonan Wall Street Journal editorial regarding Arizona's recent legislation on immigration (May 1st edition, "Opinions - The Big Alienation: Uncontrolled borders and Washington's lack of self-control", WSJ). The whole editorial is worth reading - it is very good. I don't agree with all of it, but it is well-written and engaging.

Peggy Noonan is a refreshing voice. She was a speechwriter for Ronald Reagan and George Bush the elder, but very critical of George W. Bush and Sarah Palin. She is Catholic in faith, and I have always found her writing to be both objective and thought-provoking.

I agree with Allen in his words and comments about the new Arizona law regarding immigration; it is a bad law. As a high school sports official, I know that the best way to get rid of a bad rule is to enforce it, and I suspect if the Arizona law is enforced it will be out the door fairly quickly. It's already being amended for some obvious flaws.

But the point Allen makes in his blog is a good one: because of a lack of leadership (gumption?) among our Congress in Washington for over two administrations, immigration has become more problematic for border states. Neither party wants to touch the issue because it will mean losing votes. As in most things, when there is abdication in leadership and/or responsibility, someone or something will usually take charge. In the case of immigration, Arizona is taking charge. Nature abhors a vacuum.

I will reproduce the same quote Allen gave in his blog from Peggy Noonan's editorial:

None of this happened overnight. It is, most recently, the result of two wars that were supposed to be cakewalks, Katrina, the crash, and the phenomenon of a federal government that seemed less and less competent attempting to do more and more by passing bigger and bigger laws.

Add to this states on the verge of bankruptcy, the looming debt crisis of the federal government, and the likelihood of ever-rising taxes. Shake it all together, and you have the makings of the big alienation. Alienation is often followed by full-blown antagonism, and antagonism by breakage.

...Arizona is moving forward because the government in Washington has completely abdicated its responsibility. For 10 years—at least—through two administrations, Washington deliberately did nothing to ease the crisis on the borders because politicians calculated that an air of mounting crisis would spur mounting support for what Washington thought was appropriate reform—i.e., reform that would help the Democratic and Republican parties.

Now, fellow United Methodists, imagine if the words are changed a little bit.

None of this happened overnight. It is, most recently, the result of two or more factions that are supposedly all United Methodist and Christian, fights over homosexuality, the economy, and the phenomenon of a church beaureacracy that seemed less and less competent attempting to do more and more by passing bigger budgets, a bigger Book of Discipline, and a larger Book of Resolutions.

Add to this churches on the verge of closing, the looming bankruptcies of annual conferences, and the likelihood of ever-rising apportionments. Shake it all together, and you have the makings of the big alienation. Alienation is often followed by full-blown antagonism, and antagonism by breakage.

...some United Methodist Churches are moving forward because the church leadership has completely abdicated its responsibility. For nearly 50 years—at least—through several Council of Bishops and General Conferences, we deliberately did nothing to address the crisis in the Church because church politicians calculated that an air of mounting crisis would spur mounting support for what they thought was appropriate reform—i.e., reform that would help the liberal or conservative factions.

Farfetched? Or are we just mirroring our government? Isn't it a bit unsettling that the UMC is set up just like our government? We have an executive branch (Council of Bishops), a judicial branch (Judicial Council), and a legislative branch (General Conference). And, if we were honest, we have lobbyists too [insert church faction/group here]. Did this happen by accident?

There might be a good reason to separate church and state. Why would we want to be like the state?

Our prayer should be that leadership arise to the occasion - and if it's from the grassroots up instead of the top down, so be it. Jesus started the Church with 12. He fed a mountainside of people with a few loaves of bread and a couple of fish. There are still 8 million United Methodists hanging around - I wonder what God can do with us?

You don't have to be a bishop - or even ordained - to lead. We were all ordained at our baptism to make disciples - and we can change the world.

Email ThisBlogThis!Share to TwitterShare to FacebookShare to Pinterest
Labels: Leadership

The reminder that we mirror our federal government is important - hasn't the Methodist (and later United Methodist) church been intertwined with the very fabric of government for way too long.

Would it even be possible to separate this church from the state?

Should we want to - given our focus on both personal piety and social holiness?

Is there a better way - absolutely - and I think you mentioned it toward the end - by being in small group relationships - as Christ was with the 12. But are we willing as individualistic Americans to allow ourselves to be held accountable in Christian love?

Keep being a prophet - its time for more of us (clergy as well as laity) to stand up and speak truth into those dark rabbit holes!