Standard: Does It Make Disciples? 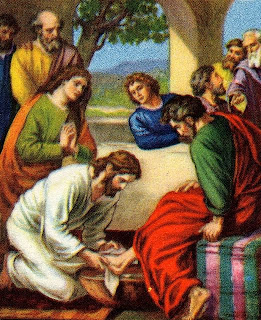 I recently read an operational assessment of the United Methodist Church - a very critical look at our denomination and its effectiveness. In reviewing some of my former blogs, a lot of what I was perceiving (and fearing) was confirmed by the assessment. Rather that gloat, I would hope we would prayerfully consider the changes we need to make to be faithful to God and His Kingdom as United Methodists.

One main observation is that there is too much "distance" between the local church, the Annual Conference, and the General Church. That is probably not a real shocker to most folks in the local church, but I suspect annual conferences and the General Church find this at best hard to believe and at worst are in denial that this is the perception. However, General Agencies and Annual Conference agencies often find themselves competing against each other (ever listen to or read Annual Conference reports?). Plus, some General Church work often alienates or sends mixed signals to local and even Annual Conference work (remember the infamous UMW study on Israel and Palestine?). This serves to confuse folks, and sometimes leaving the person in the pew to wonder, "Is anyone leading us? Is there any rhyme and reason to our denomination?" One particularly negative impression from some interviewed for the assessment even remarked, "[The agencies] 'dictate rather than serve.'" That's not good.

Another observation was one I made a few years ago, that jurisdictions are a "middle entity" that need to be discontinued. This was also mentioned in the assessment: "Our finding is that the costs (in distance and in dollars) may not be justified by the 'benefit' that is delivered by the Jurisdictional Conference structures." Basically, jurisdictions elect bishops; other than that, anything else is redundant to what General Church and Annual Conference structures do. Why not elect them at General Conference, as was the case for many years? Added to the fact that the costs are not worth the benefit, Jurisdictional conferences were birthed mainly from racism. Why keep that vestige around? I don't buy the argument that it's a matter of tradition or heritage: that seems akin to the "Heritage not Hate" stickers I occasionally see on bumpers with the Rebel Flag.

As far as effective leadership, the assessment gives the UMC a bleak future: we have no clarity of mission or responsibility (who does what?), we have lots of distrust of both the leaders and institutional church, and we cannot define competency. One interviewee was quoted to say that the Church "has a systemic allergy to authority." We probably got that honestly, starting with the earliest Methodist preachers who sometimes referred to John Wesley as "Pope John."

I think the obvious question is, "Do we want to make disciples?" And if we do, we have to throw out some of the old standby arguments we used to hold dear and challenge them, like, "Numbers don't have anything to do with ministry." As a friend of mine said, if I have three children and take them to the park, and only come back with two, my wife probably won't settle for me saying, "But honey, just think how much better we can raise these two children as opposed to three!!" And, as Jason Byassee reminds us, numbers aren't bean-counting; numbers DO matter and their upward trend is a sign of church health.

John Wesley certainly wasn't a perfect human being; his marriage was a tragedy and he could be downright boorish at times. But the Method of Methodism was genius, and proven. It involves trust in Christ, vulnerability in spirit, and willingness to be obedient and faithful.

Don't get me wrong - there ARE good things happening. There ARE faithful folks making disciples. And there are churches in the UMC who are growing. But they seem to be the exception rather than the rule, and we often intellectually dismiss them! "Well, that's not Methodist what they're doing!" Unfortunately, some of these same objections could have been lodged at Wesley himself. What we call "Methodist" is often more about our likes and dislikes, rather than the Method of making disciples.

Lead us not into temptation, O Lord...

we can diagnose 'til we are green in the face, but what are we going to DO about this?

How do we going to faithfully uphold the structures and institutions (even our sacred spaces and faithful saints) and be nimble enough to make discipes in today's world?

How are we cultivating young (and 2nd career folk too) to be leaders in the church - again both laity and clergy?

Are we prepared to truly hold one another accountable in Christian Love - esp. the clergy who are as you said coasting until retirement?

I have lived long enough to see some of our UMC structures upholding traditions [and sadly, 'leaders'] who are standing in the way of making disciples.

The good news is, I don't see another comparable body doing it better. The bad news is, we can all point to many flaws in the way we're doing it.

Now if we could just remove that log from our own eye.... :)