Embarrassing Those Who Answer the Call 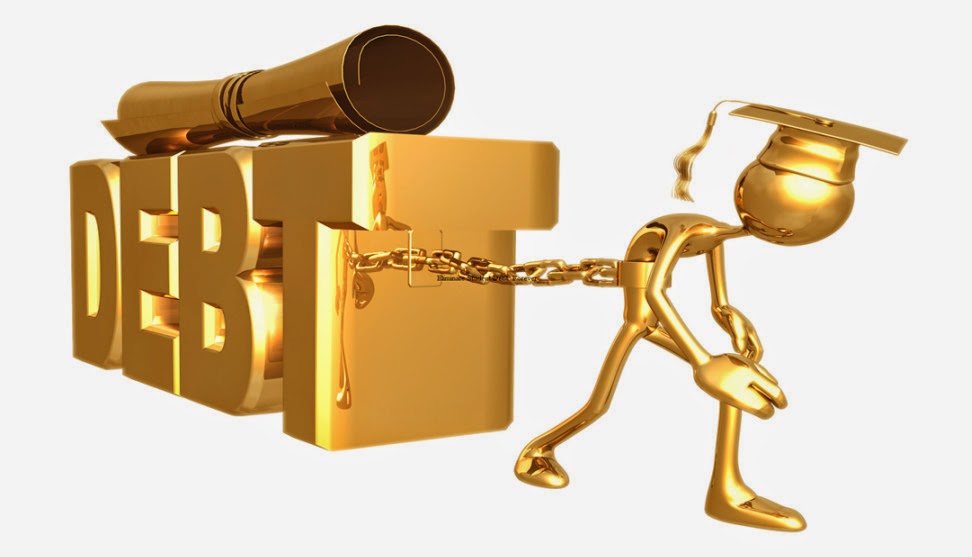 I've had two discussions in as many months with a surgeon and an ordained minister about student loan debt. Not a few thousand dollars, but tens and hundreds of thousands of dollars. Enough debt to embarrass them in their work. When I heard these numbers, I cringed - and my heart went to them. And it bothers me now.

In the case of a United Methodist pastor being received into a conference, saddling them with a bunch of debt is a no-no - at least, if we take the Historic Questions (esp. #18) seriously.

What's interesting is that the original question wasn't, "Are you in debt as to embarrass you in your work?" It was, simply, "Are you in debt?" No doubt, the Wesley brothers knew the pain and burden of debt firsthand, since their father (and priest) Samuel had to be bailed out of prison twice for indebtedness - part of which was debt that he inherited from his mother. In addition to serving as a priest, he tried to be a farmer and a writer - and was successful at neither. Thus, the Early Methodists were understandably nervous about any of their ministers having any debt.

We live in a world where debt is increasingly commonplace, but a dangerous trend is coming upon those who seek to get an education: the amount of student debt in the United States recently surpassed $1 trillion, which makes it rank higher than all other kinds of debt except homeowner/mortgage debt. The delinquency rate for student loans has also gone up 40% in the last five years (Forbes, August 2013). While debt levels are coming down in all other areas, they are skyrocketing for student debt.

It's a double whammy for seminary graduates, who may have accrued debt from undergraduate school and have seminary debt on top of that... and then go to their first full-time pastorate making a salary less than what school teachers start out at. The most comprehensive study of this comes from Auburn Theological Seminary in New York, a Presbyterian seminary founded in 1818.

Tuition costs are increasing far faster than inflation costs. When I graduated from the Candler School of Theology at Emory University in 1991, tuition was $6,800 a year; in today's dollars (using consumer price indices from 1991-2013) that would be $11,605. However, Candler's tuition this year is $20,334 - meaning that it costs today's students nearly twice as much to go to seminary than it did my generation. And according to Auburn Theological's research, living expenses and previous undergraduate debt pile up an even more incredible indebtedness. As I look though the various seminary tuitions and cost comparisons to years previous at other schools, the percentages tend to be the same. And since the Auburn study came out nine years ago, Sharon Miller (associate director of The Center for the Study for Theological Education) more recently noted in 2012 that, "It is no longer unusual for seminary student to leave school with $70k-$80k of debt." I am assuming that is undergraduate and seminary education combined.

While some financial planning could certainly save some students some grief, one cannot escape the increasing costs of seminary compared to salaries and an economy which have not risen at the same rate - and that this is the minimum standard required for one who feels called to elders orders in the United Methodist Church. This just isn't a problem for students, but also for conferences and seminaries as well. Conferences are seeing fewer young people pursue their call for many reasons, but finances are surely a part of the decision. Seminaries may find that future students maybe more savvy about finances (i.e., Dave Ramsey graduates) and will shop and find better deals, as the Auburn article states, "some combination of lower tuition price, lower living costs, and higher aid or increased employment possibilities." Some will surely go part-time and delay entering into ministry until later in life.

What this means is uncertain but certainly suggests a crisis that we need to start managing - otherwise, we will make seminary unaffordable for all but the wealthy, and create impoverished situations that go beyond things financial.

Like all things United Methodist, we are going to have to start being creative with seminary education, how we fund it, and how we support students who answer the call without embarrassing them with so much debt that they can't afford to follow their call - especially our young adults. We owe them that!

I appreciate your raising this important issue. The one thing I would note is that you may want to clarify your statement that minimum salary is less than what teachers make; that may be true if you look at salary alone, but when you add in the value of free and tax-free housing, entry level United Methodist clergy make significantly more than entry-level teachers. We must be careful not to forget that our tax-free housing is a benefit afforded to few outside of the clergy.

Wesley - clergy do NOT receive tax-free housing. It is subject to self-employment tax (15.3% of the housing allowance or fair-rental value of the parsonage).