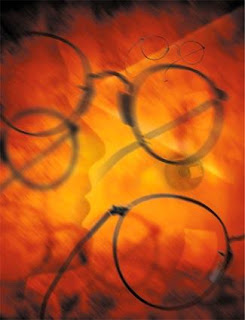 Dr. Lovett Weems was a professor at St. Paul School of Theology in Kansas City when I was in seminary at Emory. I was part of an interview team that interviewed him for Dean of the seminary at Emory, and I really liked him. He wasn’t hired, but he has made an indelible mark on the United Methodist Church.

He wrote a book a few years ago, entitled Take the Next Step: Leading Lasting Change in the Church. In his book, he makes some very keen observations.

One observation is about change; he suggests that there are seven unchangeable rules of change. They are:

1. People do what they perceive to be in their best interest.
2. The change must have positive meaning for them.
3. People thrive with creative challenge, but wilt under negative stress.
4. People are different, there is not one single key to all change.
5. People believe what they see and previous deceptions can lead to present suspicions.
6. The way to make effective long-term change is first to visualize where you want to go, and then go ahead and inhabit that vision till it comes true.
7. Change is always an act of imagination.

No one likes change – unless, of course, it’s his or her idea! One of our prayers might be, “God, I pray that your will might be done, instead of ours.” Sometime, change may be God’s idea.

What I am learning as a leader is that change, vision, and leadership take time. Change takes time and imagination. Visions are never invented; they are discerned from prayer and active listening. And leadership takes perseverance. One of the reasons that leaders often don’t stay more than 3-4 years in leadership is that the years following are often difficult.

How much can we imagine? What can we discern from what God might be saying to us? And are we willing to persevere?

note: I've read a lot of articles and blogs on this subject - my apologies if I've failed to cite a source I should have.