Repost: "Nurture and Cultivate Spiritual Disciplines and Patterns of Holiness" 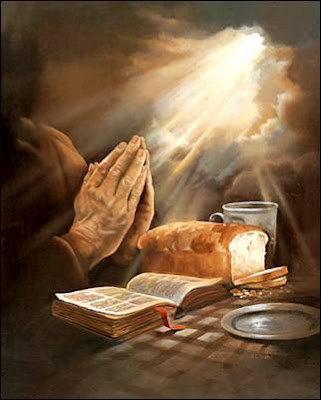 "Nurture and cultivate spiritual disciplines and patterns of holiness..." That's not from The Rule of St. Benedict. Nor is it from an objective of a spiritual growth retreat. It is ¶304.1 (b) of the Book of Discipline, the United Methodist's canon law, under the heading "Qualifications for Ordination."

In midst of the numerical decline of much of Protestantism, it seems that we are putting a great deal of emphasis on hospitality, worship, church programming, and communications - and we should be, because those are certainly areas that need shoring up. But when you talk to pastors about spirituality, spiritual direction, spiritual disciplines, etc., you often get a stare in return. I've even heard some say, "That's just too personal." I even heard this one once: "It's all about Jesus, preaching the Word, and getting into the Bible. That spirituality stuff is too Catholic." The smart ass in me considered quoting Scripture to this learned colleague about Jesus in the Garden of Gethsemane, but I resisted. So I simply asked him, "If it's all about Jesus (and it is!), but we can't teach people to pray and be Christologically grouded and formed, who will?" His response was classic: "Well, people should get that at home."

The problem is, I heard that EXACT same thing said when I served on an advisory committee at the seminary I graduated from - by a colleague who should have known better. I had voiced my concern that while we were giving a good theological and historical education, we were doing very little, if any, spiritual formation. To which I was told, "That's not the job of the seminary. Pastors get that on their own." I was much younger at the time and so I kept my young mouth shut. Now I wish I had opened it a little.

But do seminaries engage their students in a conversation about the gravity of choices that they will face or prepare them to make those choices? Does the larger shape of theological education draw their attention to the formative character of the questions asked and answered by its professors? Does the shape of their preparation help them to grasp the difference between a vocation that demands a certain kind of performance from them and the vocation into which they have been called, which requires them to be the kind of people who are possessed by that "basic sense" of what is being asked of them? Are their professors prepared to shape souls as well as intellects? When they graduate, do students have the sense that they have already embarked on that vocation?

As a product of, and participant in, theological education for over three decades, I am inclined to think that the answer to these and other questions is, more often than not, "no." - Frederick W. Schmidt, "What Is Being Asked of You? Canonical Theism and Theological Education", from Canonical Theism, 2008, pp. 273-4.
Schmidt goes on to say that the blame can be place into three areas:


In short, we're teaching pastors a lot about church administration, biblical form criticism, systematic theology (the Barth & Tillich show), social psychology (the Freud and Jung show), and philosophy of religion (the Schleiermacher and Schopenhauer show). I learned these things - and they are certainly important things.

But what about lectio divina? Patristics (the Early Church Fathers)? Prayer offices? Spiritual disciplines?  Spiritual discernment? Incarnational theology? Pneumatology (study of the Holy Spirit)? Sacramental theology? Discipleship and disciple-ing? Sanctification? I was very blessed by Don Saliers and Ted Hackett, mentors of mine, to develop an interest and passion for these things. But it was self-directed - it was not a mandatory part of the seminary curriculum for United Methodists (or any other Protestants), and to my knowledge it still is not. That leads me to believe we need to quit calling them "seminaries" and start calling them "schools of theology." Good information, but no anchor or undergirding of where these things fit in a life lived with Christ.

If we clergy cannot locate ourselves in our Christian quest and pilgrimage, we certainly cannot lead our churches to see where they are located in the Kingdom of God. We cannot lead with any sense of spiritual or theological authority (only that which is granted by the Book of Discipline!). We cannot tell the Christian story from a standpoint of faith - just from the standpoint as recorded by history.

Schmidt says, most importantly, those who teach present and future clergy must "remember that it is not enough to learn what it is that clergy do. They need to be in touch with what it is that clergy are meant to become. Their own relationship with God, their growth in faith, and the practice of spiritual disciplines are keys to that becoming and to the knowing that accompanies it. In turn, those same experiences are indispensable to the seminarians' own ability to make disciples of others." (p. 285)

If we pastors are mandated to "nurture and cultivate spiritual disciplines and patters of holiness" for our congregations (and we are), then we had better learn them ourselves. According to the Book of Discipline, it's not just "Catholic" - it's Methodist, too. I'm convinced it's Christian to the core.

I believe that one large factor (though by no means the only one) in the decline of our churches has been a colossal failure on the part of the seminaries to train pastors who are prepared to be shepherds of souls, who naturually speak the language of faith and see with eyes of spiritual discernment. This is no doubt why our efforts at renewal have largely focused upon things like restructuring, leadership development, smart-goal coaching, program coordination, and the like, rather than deeply spiritual issues (I am still waiting for someone to consider that a church-wide season of repentance and prayer for renewal might be just as important - or more so! - than restructuring).

Speaking now from my own experience, the seminary curriculum and experience are often spiritually superficial (we had optional chapel and optional morning prayer at SMU that few attended and which were largely devoted to liturgical experimentation - I typically attended only if I knew there was to be a good teacher, or if the Anglican students were in charge that day/week, because then we would get some classical liturgical formation). Additionally, the academic interests of the professors are by no means always in keeping with our orthodox faith as declared in the doctrinal standards. We have seen the development of spiritual formation groups in many of our seminaries in recent years (a welcome development) but if my own experience is reflective of other UM seminaires, these groups are looked upon as less significant than the academic curriculum by many, and even these groups often ended up talking about spiritual formation rather than practicing it.

I find that the reluctance to practice spiritual disciplines is wide-spread. One example from the many I could share--

Gil Rendle met with the Missouri River District pastors and reported that the bishops of the South Central Jurisdiction are committed to the UMC mission statement. Gil then warned us that some laity will have a negative reaction to this new emphasis, and will wonder who changed the rules on them.

I teach that disciples of Jesus Christ who transform the world are made by grace through faith and that the most effective way to wait for this grace-filled transformation is by using the Wesleyan Means of Grace.

Several of my parishioners think that my approach is too pious, and they want to do back to the days where potlucks were the only means of grace that the church offered.