Reflections of a (Soon to Be Former) DS, Acting DCM, and Former Episcopal Candidate, Part I 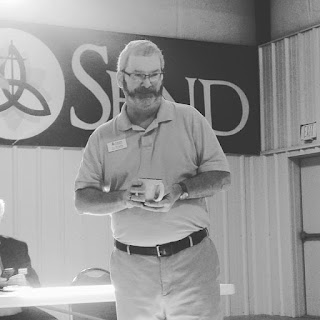 Six-plus years as a district superintendent went by quickly. In that time, I worked under three bishops, attended two General Conferences and several other UM Connectional meetings across the U.S., and many conference, district, and local church gatherings. I honestly liked 90% of what I did as a district superintendent, and I think I was fairly good at it. I was one of the first DS's to work under the mandate of being a "chief missional strategist." I was also given the permission to give that work priority as opposed to being a pastoral personnel manager and bureaucrat.

But that season has ended and I am now looking forward to being back in a local church as a pastor. Being an elder in the United Methodist Church is a great way to fulfill my calling, and a challenging way to live out my baptismal vows. These last several years will serve me well in the years ahead.

I've used the Daily Office to pray for many years, and part of that discipline has been to be intentionally silent at various times during the day to try to hear God and reflect. Sometimes I hear a divine word, sometimes it's just a needed silence from a noisy world, and sometimes I (unfortunately) allow it to become an opportunity to bitch and gripe lament instead of listen.

I think these experiences give me a good view of the current struggles the UMC has, and also allow me a unique opportunity to share with candor some reflections and observations about a few things.

Local churches are resilient. They are faithful. And the larger Church has let them down. After six-plus years as a superintendent, I can say that I find it a miracle that some local churches function as well as they do. They are desperately looking to be led. They are desperately looking to be "shepherd-vised" (as opposed to being "supervised"). And they want to be faithful. We clergy and the General Church have let them down. We can do better. Faithful folk gather week in and week out to worship and serve, break bread and drink wine, celebrate baptisms, marriages, and funerals. They live into the baptismal vows at church, at work, and at play. Some of them even call themselves United Methodists.

The reason I was a fairly good DS is only because I recruited and helped form a good district operational team, made up of clergy AND laity. We looked at our denominational and conference mission, our values and foci, and built a ministry plan that was both actionable and malleable/adaptable. I listened and adapted as the team looked critically at churches, pastors, me, and our gifts. We developed a Generative Leadership Academy whose primary focus was to help identify the spiritual gifts of the baptized around the district churches. We built our work around covenant: covenant with God, covenant with each other, and covenant to the mission of the UMC: to make disciples of Jesus Christ for the transformation of the world. It was very hard work. There were painful conversations. Yet we came away stronger, forged bonds as strong as family, and realized it was all about the mission, not ourselves. Sometimes, I lead. Sometimes, I followed their lead. We always left knowing what we had done was OUR work, not mine or anyone else's. I think that serves, and continues to serve, the district well.

I was also part of a covenant team with my area brother and sister superintendents. Bishop McAlilly operated under the same principle: all of us are stronger than one of us. I will deeply miss the depth of covenant, transparency, and unconditional love of these wonderful people.

What would I share with you as a DS? Maybe I could clear up some misconceptions:


Offering Yourself for the Episcopacy

At the encouragement of others, and after a lot of prayer, I decided to offer myself for this office in 2016. I had a lot of support. I had a lot of folks praying for me. Many sacrificed monetary gifts and gifts of their time and presence. I have no regrets. Here's what I learned: 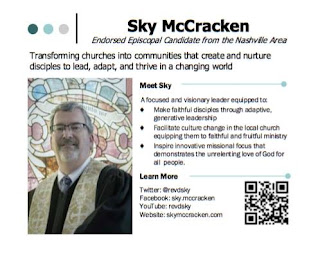 In another blog, I'll talk about General Conference, our denomination's struggles with contemporary issues, and discipleship.

Thank you for your hard work and your candid comments. I'm praying for you as you begin this new endeavor. You will be missed.

Your comments seem to be so very transparent. I wish there were more of us who could talk about things that have occurred in our life with the openness you show -- and without judgment. I think having people who support you makes all the difference in the world. Rodger and I have been teaching about Jonah in a short term class we're leading. One of the things I've noticed that I've never seen before is that Jonah was "alone" and had no one to encourage him when God told him what needed to be done... As a DS, you've been an encourager. When you were an episcopal candidate, I'm glad you received back from people what you've planted.

Please stay close to those of us who have depended on you in the past. It will be a different relationship, but hopefully not something that must be buried...

Thank you for sharing this, Sky. Thank you for your friendship, leadership, and shepherd-vising over the last six years!

I was hoping you would get elected. Love your candid sharing. Thanks for your honesty and faithfulness.

Br. Sky, your blog posts have been recommended by several people. With your permission, I'm picking up all three to republish on United Methodist Insight. Let me know if you have any problems with my proposal.

Most certainly, Sr. Cynthia. Thanks for asking.