Reflections of a (Soon to Be Former) DS, Acting DCM, and Former Episcopal Candidate, Part II 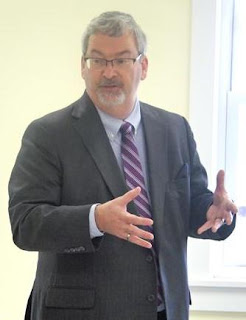 As I shared Part I of this blog, these past six-plus years as a district superintendent have gone by quickly, and I've had unique opportunities and experiences to see the United Methodist Church in many different lights. I shared earlier about the local church, being a superintendent, and being a former episcopal candidate.

I've attended every General Conference since 1988 as an observer, a reserve delegate, and a delegate. At first I was inspired by the worship and the incredible people I met. Later I was moved from a spectator toward prayer and participation in things I was passionate about (particularly, worship/liturgy, ordination, and discipleship), and as a delegate became focused upon evangelism and discipleship and how our denomination is/is not facilitating such as a Connection. The last two General Conferences I was frustrated, exhausted, and at times prayed that no one from the outside world was watching. This last General Conference (2016) I'm sure it was worse than C-SPAN, in both production quality and content.

To those on the outside watching, we were petition numbers, "point of orders," people appealing for bishops to be unseated as chairpersons, and caucuses vying for power. I don't think anyone watching would have thought we United Methodists were living up to a people who used to be known for their embrace of God's grace; we looked like Congress. I fear our approval ratings are similar.

This is what we've evolved into:


¶ 501. Definition of Powers— The General Conference has full legislative power over all matters distinctively connectional (see ¶ 16, Division Two, Section II, Article IV, The Constitution). It has no executive or administrative power.

And if you read the rest of the ¶500's of the Book of Discipline, it reads like most other statutes of state law that we find in the United States...
When I think of General Conference, here is the best word I can think of to describe it: intractable.

1. hard to control or deal with, such as "intractable economic problems"

2. (of a person) difficult; stubborn.

Should things be done decently and in order? Yes.

Should we continue to make the Book of Discipline larger and larger? Please God, No. (And UM Publishing House folks: no one was fooled when the 2016 BOD "looked" smaller than its predecessor).

All of this shows our distrust of God and of each other. We are becoming the Pharisees all over again - keepers of the law without the intent of the law in mind. Covenant is larger - and a lot more enduring - than canon law. We Americans love to argue, democratize, legislate, and codify things. Living in the Realm of God means all those things go by the wayside. Sanctification demands it. Until we live and do things differently, we will continue to see through a dark glass.

Thanks for sharing. You challenge me

a view from the UMC pew: As far as I am concerned you came closest to naming The Problem with the United Methodist Church when you referenced factions jockeying for power. But what you did not reference is there are factions because of the theological plurality that is housed under the Big Tent and that theological plurality is The Problem that has a myriad of presenting issues including differing beliefs about sexuality. After 4 long disheartening years of cruising the internet and listening to every UMC voice I could find, I was stunned at the conflicting and even contradictory understandings that currently populate the UMC and leaves it having absolutely nothing in particular to say about anything. It is no wonder all our discussions are rooted in acrimony and distrust. I now understand why I finally had to wander off from church before I could discover a God who is truly worth worshiping. If you want an eye opening take on the problem with theological plurality, read "The Rise of Theological Liberalism and the Decline of Methodism in America" available from seedbed.com. That book confirmed everything I was thinking about the American branch of The UMC and filled in some much needed details. How can a church "make disciples" for the transformation of anything when it has no collective understanding of what a disciple even is?